From 1921 to 1977, Main Street Library was known as Eastern Branch. Even though it opened the same year as Dufferin/Saint Clair and three years before Gerrard/Ashdale, Main Street no longer resembles its 1920’s cohorts from the outside.

A well-intentioned renovation in 1977 added a glass and red metal entrance that in my view contradicts the original vision of Chief Librarian George Locke (1870-1937). Locke had aimed for “English domestic architecture” (A Century of Service: Toronto Public Library 1883-1983, p. 26), but post-renovation Main Street misses that target. For example, ivy-covered English cottages do not often utilize Lego-like red triangles for lintels.

Playful angles and arches in the front lobby compensated for what it lacked in historical character. I appreciated the many interesting corners on the first floor, such as the light-filled reading lounge visible through an arch, as well as the 1928 south extension with its powder blue walls.

The main floor also yielded a large central room and a north wing devoted to adult non-fiction (also painted powder blue). With so many windows and open spaces, the inside appeared much bigger than I had expected.

Despite my initial disappointment with the tacked-on modern  entrance, the upper level restored my image of Main Street as a heritage branch. The wooden ceiling even smelled pleasantly old! 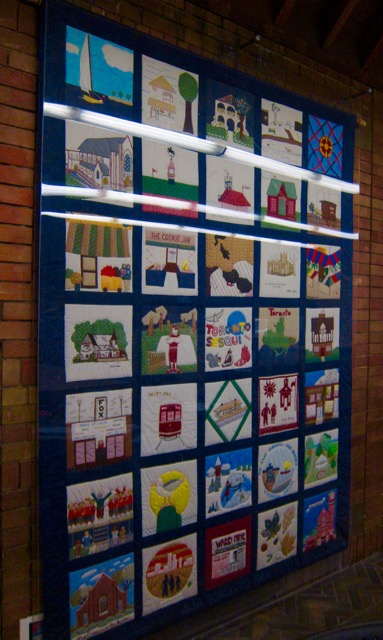 Warming the bricks of the east wall was a quilt stitched in honour of Toronto’s 1984 Sesquicentennial, the same occasion that inspired the quilt at Beaches Library. Without the thematic flow between each section that characterized the Beaches tapestry, the one at Main Street lent itself to individual panel study. 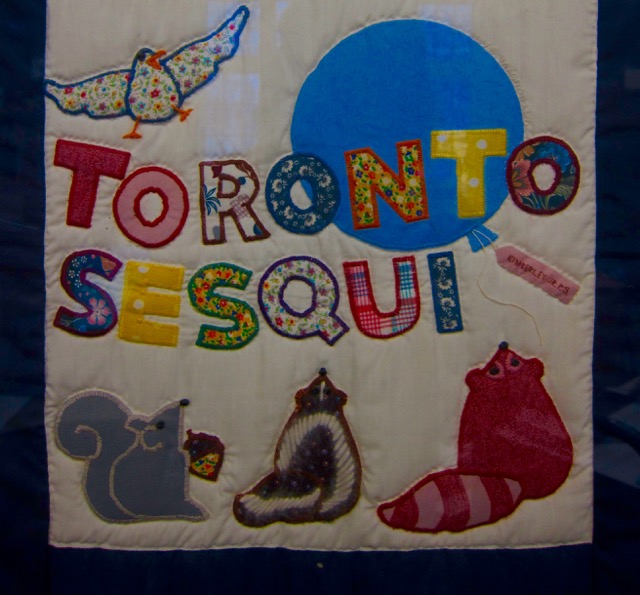 I especially liked the quilt blocks that contained a mule pulling a Canada Bread cart, zany leaves, and Fire Station #17. 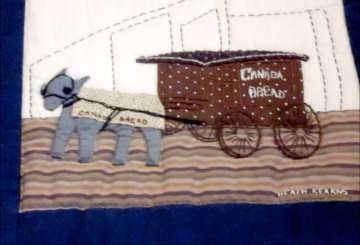 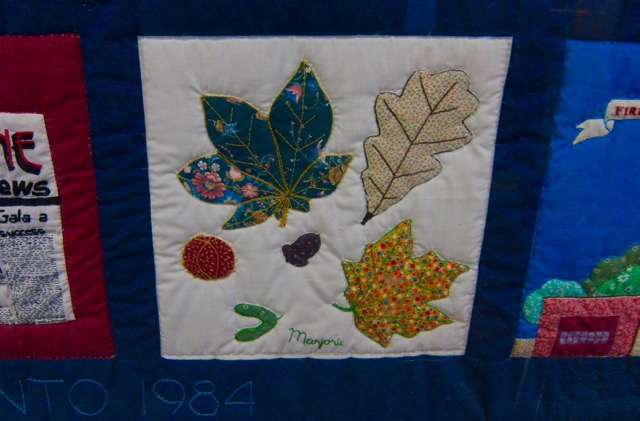 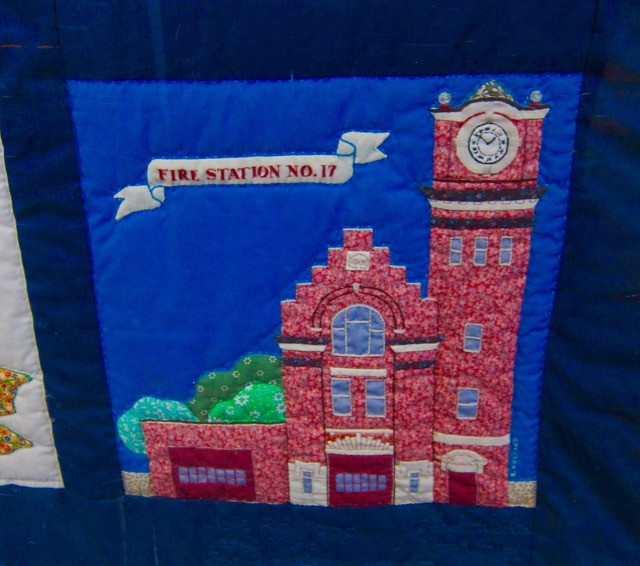 As I was studying the textile art, one attentive mom was listening to her child read a counting book while another prompted a young reader to respond to an illustration, “Is that a squirrel? Is she painting with her tail?” The latter parent was sitting in the north wing, which had armchairs in front of dormer windows and some steps leading to a reading nook under the west eave.

It made me happy to see 21st-century families gather around books under the slanted beams of an early 20th-century attic. After all, the learning that happens inside the library is more important than the shape of its front door. I think George Locke would be proud to know that Eastern Branch is still fulfilling its purpose ninety-four years after it opened! 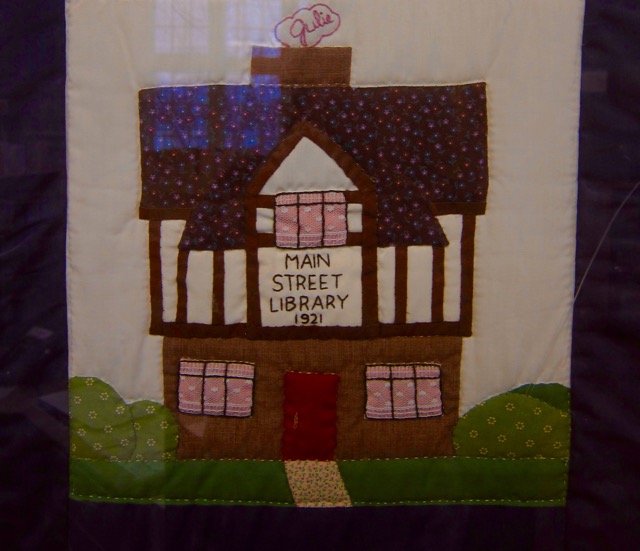