On a visit to Yorkville several years back, I studied a historical display in the vestibule that informed me that the branch was “the first of four libraries built with a $350,000 Carnegie grant.” Learning this fact, I felt grateful that Carnegie’s investment had not only served at least six generations of readers but also funded such artistic details as the exquisitely-lettered letter box, brass knocker, and decorative floor tiles.

Settling myself into a chair at a broad wooden table, I surveyed the facility as a whole. It was comforting to feel connected to more than a century of continuous self-education in such a lovely setting. With the front windows revealing a mass of tree leaves, it was easy to imagine away the twenty-first century commercialism of nearby Yonge and Bloor. According to the lobby’s historical display, when Yorkville branch was constructed, this area was considered the northern part of Toronto. Some trace of that quieter time and place seemed to remain in the library, the legacy of a slower, less harshly-lit era. It was a welcome respite from honking cars, gadget-addled pedestrians, and insistent storefronts. 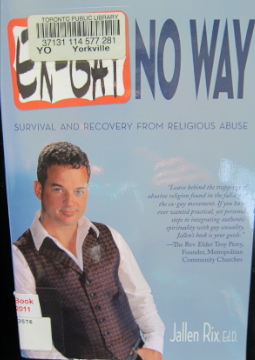 To get better acquainted with the library’s offerings, I walked over to the checkout area (noting the high lozenge-shaped lamps like the ones at Wychwood) and veered left. Next to the DVD section was a selection from Yorkville’s LGBTQ+ Special Collection, unique to this branch. On the other side of the room was a substantial French-language section, along with adult fiction and books for teenagers.

Crossing the section of the building where a newer addition had been joined to the 1906 structure, I found the children’s section (including lots of French materials), more shelves of fiction, and a special meeting room that boasted many sets of plays. To take advantage of these textual riches, a play-reading group meets there every Tuesday evening, choosing dramatic works by Eugene O’Neill, Norah Harding, Hanif Kureishi, Vaclav Havel, and Neil Simon among others. 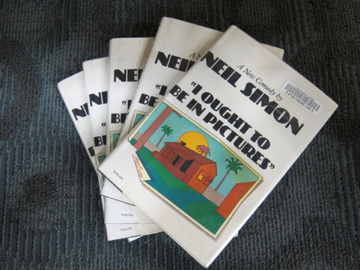 As I reversed directions to exit, I paused to admire a cloth ship hanging from the ceiling in the children’s section. Unlike more prosaic vessels, this ship had a rainbow tail like a kite’s. The tail was pinned to the ceiling in two places, creating a shape like a cursive letter “w” that slanted to the right.

As I sailed out the door in a historical reverie, I reflected on what a treat it was to experience a library so venerable and vibrant at the same time.

Hello. I would just like to say I like the colour of your library. It has a very cheerful atmosphere.

It is cheerful, isn’t it! Thank you for your comment.