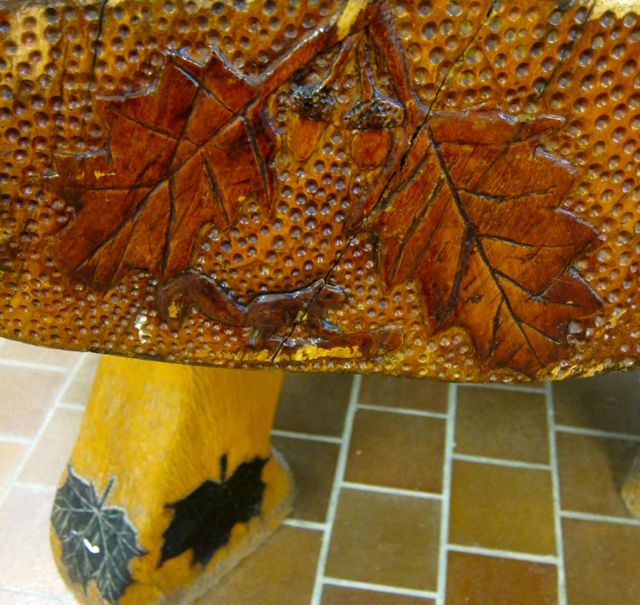 The first time I visited Mimico Centennial Library, it was a rainy winter afternoon in 2009. As I walked up the path to this neighbourhood branch, I noticed that its grounds were more extensive than many libraries located in land-strapped downtown. Long benches rested on a courtyard, hinting at future summer relaxation under the trees. 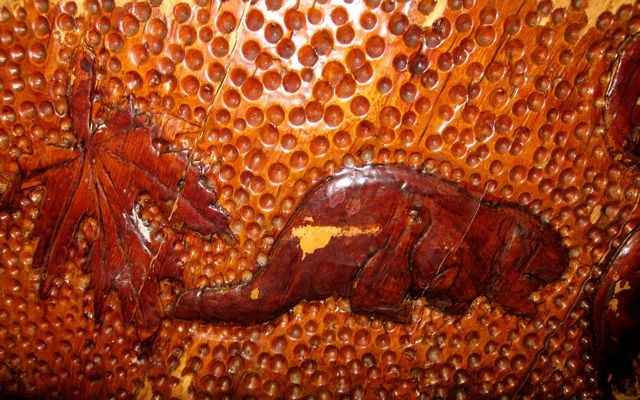 Mimico Centennial’s interior was equally spacious, with floor-to-ceiling front windows and an uncluttered atmosphere. One of the windows featured paper icebergs, snowflakes, and polar bear families floating in a carefree manner. Other windows in the branch came with blue leather window seats, and I was especially delighted with one quiet corner where the seat afforded a view of a fir tree, an ideal spot to compose poems, text messages, and journal entries.

In addition to its daydreaming facilities, I was impressed by the size of Mimico Centennial’s Polish collection, which filled almost two-thirds of one entire wall of shelving. The other third was comprised of materials in Russian, with Spanish and ESL also making a respectable showing. In addition, the Children’s section had a number of books in French. 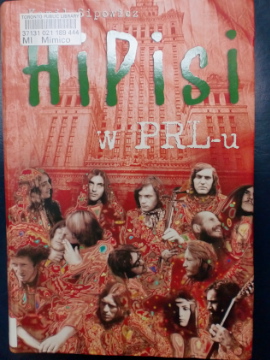 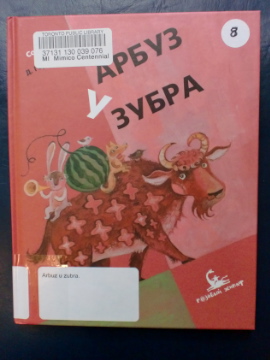 Shifting my gaze from the shelves to the ceiling, my curiosity was intrigued by an upper level that could be reached by iron staircases on either side. This platform occupied part of the ceiling space of the main floor and served as a study area (similar in structure to the minstrel galleries at Wychwood, High Park, and Beaches branches).

The north stairs beckoned, so I went up to investigate the platform. When I reached the upper floor, I was surprised but not displeased to find mostly empty space. Only a few tables distracted from the vast expanse of carpet, and I saw just one educational display, a literacy tool featuring twenty-six paper frogs stuck to the west wall. Each frog was wearing a letter on its belly, and lists of words which started with that particular letter were written underneath. Six of the alphabet-loving amphibians were still patiently waiting for their words: frogs J, K, Q, V, X, and Z.

After descending the south staircase to return to the main level, I found a Bollywood DVD and trotted over to the checkout desk, where a personable librarian bade me to enjoy my selection. Then I ran down to the basement level to admire a glossy round table made from a giant tree-trunk. The carvings of wolves, buffalo, beavers, deer, foxes, and maple leaves provided the perfect patriotic symbolism to celebrate an edifice constructed one hundred years after Canadian federation. 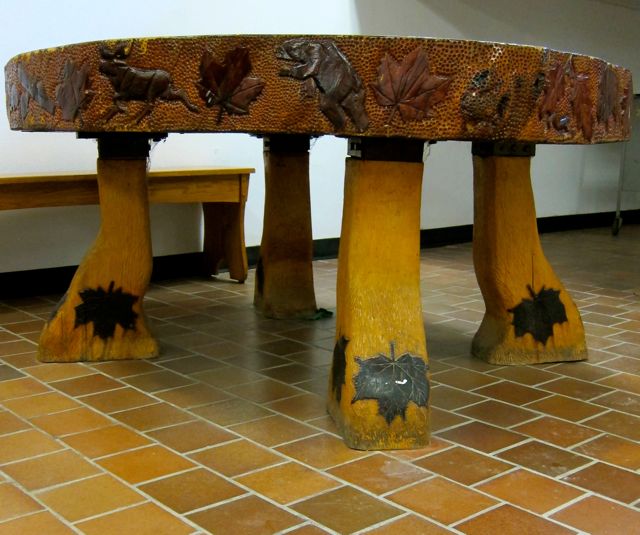 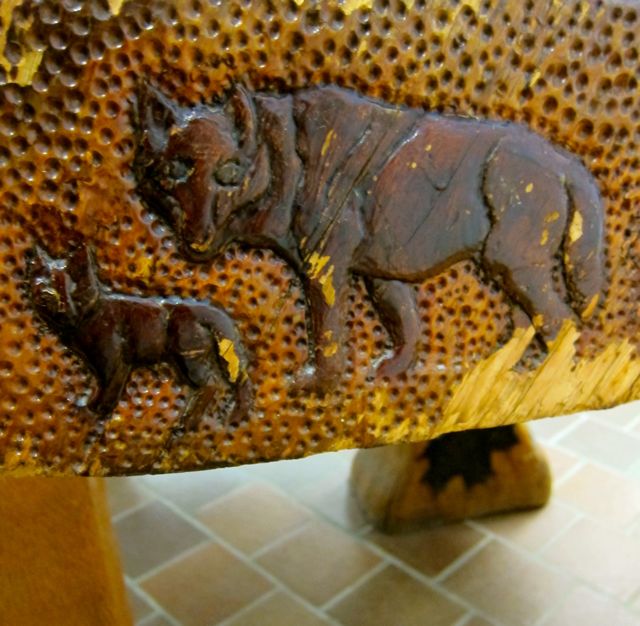 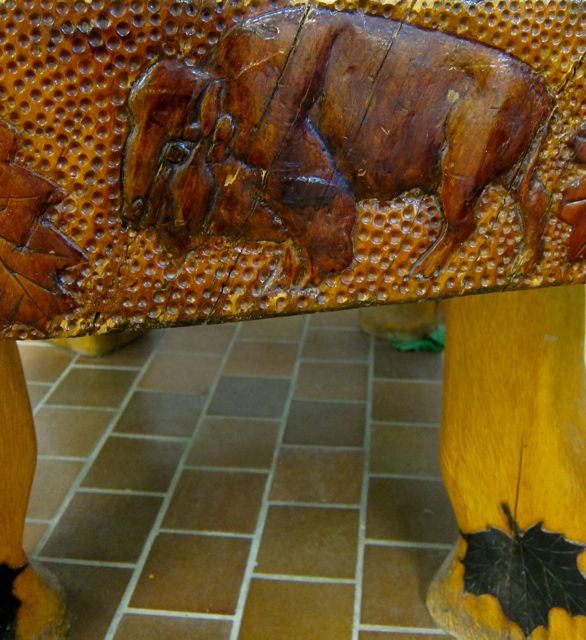 What a library should be.

This has been my home branch for the last 24 years. My children grew up going to this branch at least once a week. My son’s grade 3 teacher took his class there every week, after making sure every student had a library card. We would watch the kids play at the park across the street before heading over to pick up new books, then head back to school, just in time for recess.
The selection of foreign language books is a great boon to this neighbourhood and local school children come there to borrow books and attend homework clubs. The library also hosts a toy lending library and story times for preschool children. This branch really is at the heart of this community.

Thank you SO much for your lovely comment, ElvinaGB. It makes me happy to read about how important Mimico Centennial is to the local community. Hooray!

You’re super welcome, Evelyn! I could have perched in that corner happily for hours!

Thank you so much for your comment and I loved the extra o’s you put in the love!

I agree! Thank you so much for your comment, Bride!