Since my first visit to Mount Dennis in 2009, the branch has undergone a dramatic transformation. Although I missed the official post-renovation celebration in March of 2013, I still felt excited to see a brand-new library housed in the shell of the old one when I returned to take photographs in November 2013. 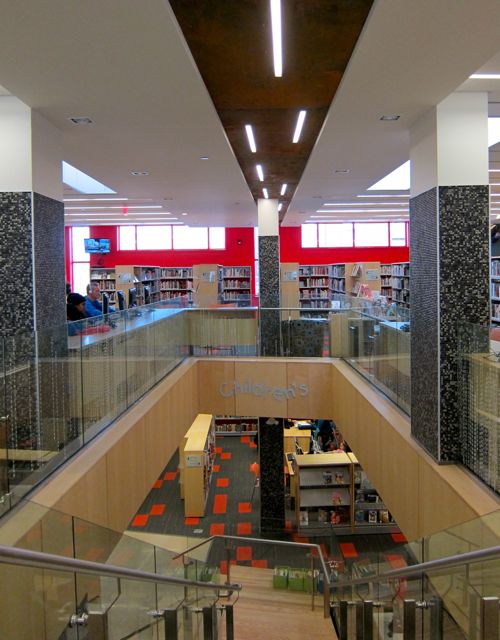 I liked how G. Bruce Stratton Architects combined grandeur and accessibility with classical columns and the wide open staircase in the centre of the building, all within the limits of 11,350 square feet. 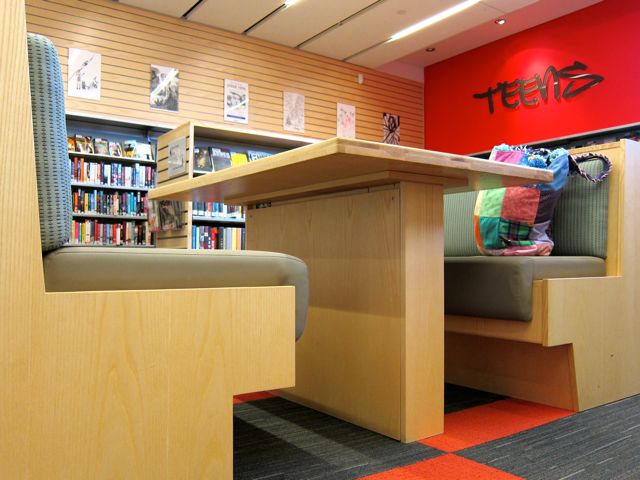 As I walked the perimeter of the main floor, a variety of stylish yet comfortable reading perches presented themselves. 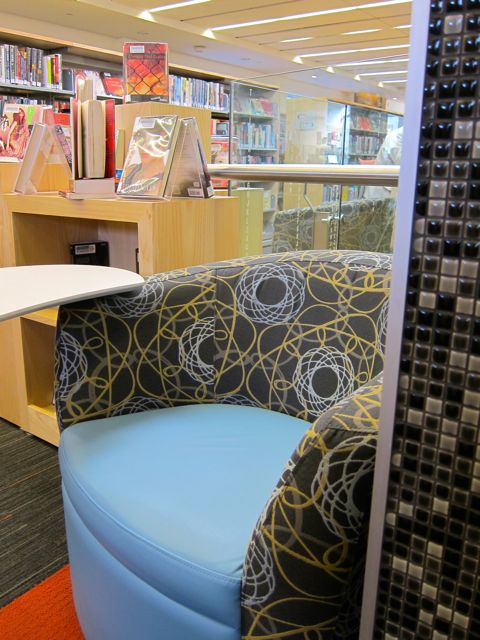 The Urban Living Room along the west wall lived up to its name, for the patrons there looked at home and relaxed. The only exception was a man who became so flustered when his cell phone rang that he darted out the emergency exit, only to set off the alarm, which flustered him more deeply.

Further along the west wall near the entrance were some unoccupied benches. While I was taking pictures there, a curious patron asked me what I saw in the benches. I told him that I enjoyed the play of light, the angles, and the shapes. This led to an interesting conversation about photography, art, negative space, and the importance of libraries. It was great! 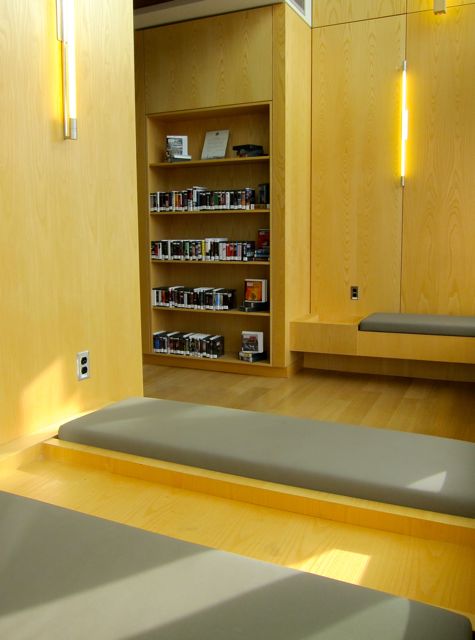 After giving the man my card, I went downstairs to see the Children’s Area and Program Rooms. Gracing the inner sides of the rectangular frame that contained the stairway were alphabet streams flowing with cascades of vertical letters. 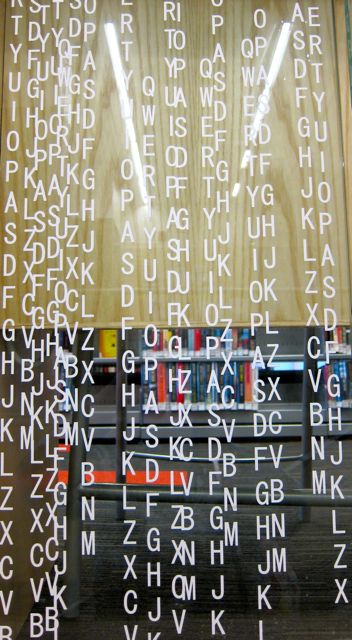 With a large space devoted to a KidsStop early literacy centre, the lower floor was alive with colour. According to the information leaflet that the branch head kindly gave me, “Photography is the theme” of Mount Dennis library’s KidsStop. “For many years the Kodak plant, now closed, was a major fixture of the community.” 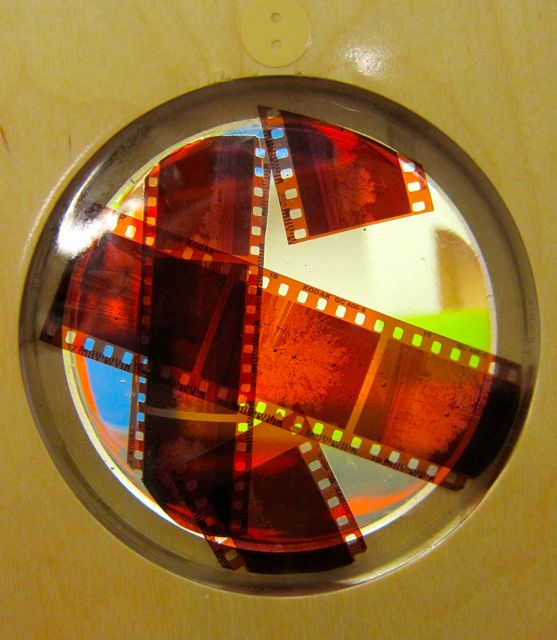 A media wall invited engagement thanks to its screens with photo loops, a reading nook, and even a puppet theatre. I especially enjoyed seeing the children’s artwork chosen for photo-loop display. 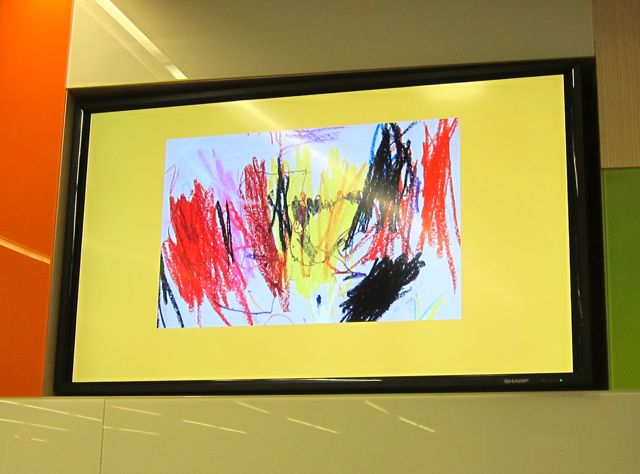 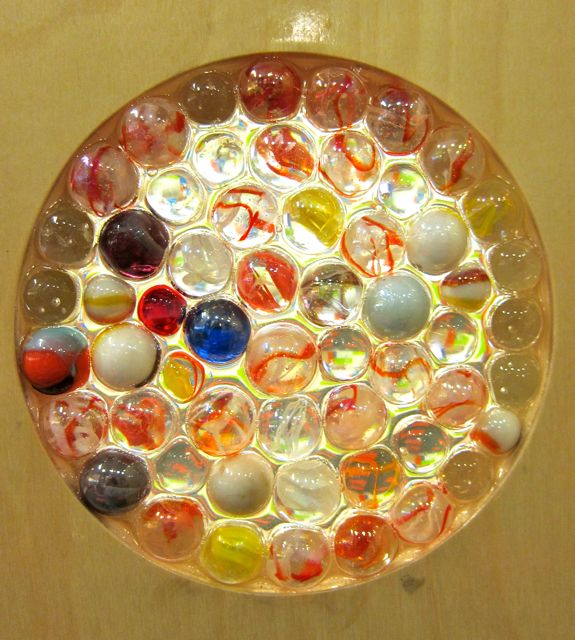 Secured to the wall for easy page-turning, Zoran Milich’s The City ABC Book inspired fresh visions of literacy. I loved the way this giant book taught me how to look for letters in the shapes and forms I encounter every day in the city.

In a large room behind the KidsStop, potential for puppetry was increased with the presence of a puppet hut. It was also a place to view old photos of the neighbourhood and local artwork by students from Bala Public School. 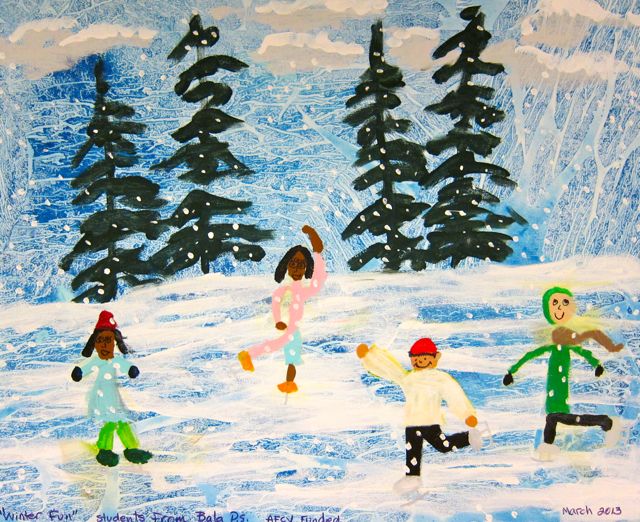 When I wrote my first post about Mount Dennis in 2009, I described it as art-friendly, and I am so glad that the new version of the branch has stayed true to its dedication to celebrating children’s art. 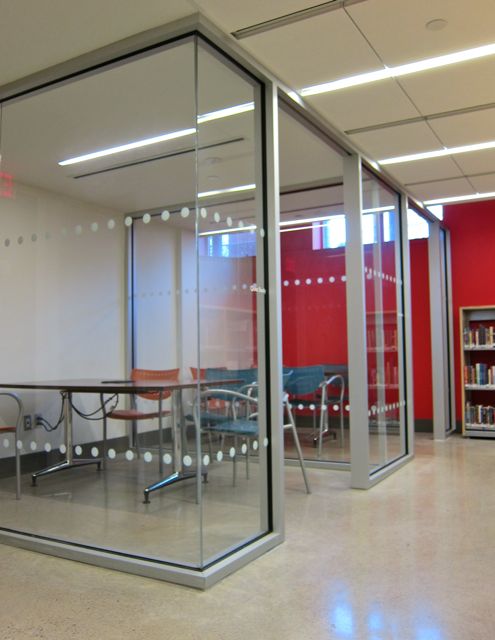 In the northeast corner of the lower floor, I discovered two glass study cubes. During my 2013 visit, a tutor and child were working on a French lesson together. As I took photographs of giant filmstrips along the east wall, pleasing phrases such as “Le chat est sur la table” and “Le chat est dans le tiroir” rang out from the study corner. 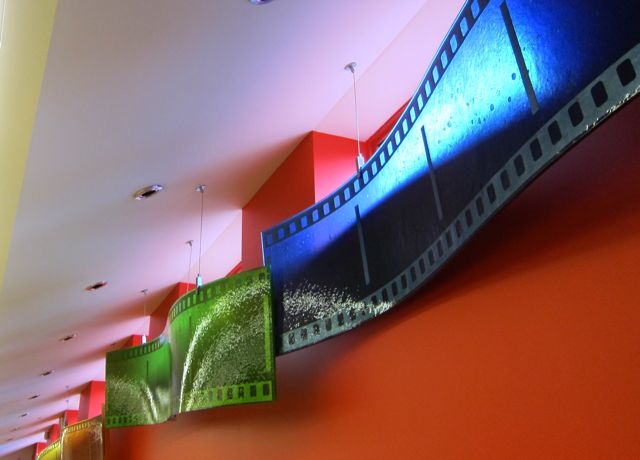 I also enjoyed how the morning sun created magical effects on the decorative films strips. However, the strips were not just for show; the Mount Dennis information leaflet explained that they also served as practical magnetic substrates for displays of children’s artwork.

Before I left the library, I selected some books from the multilingual collection, which included Vietnamese, Spanish, and French. (Four years previously, Portuguese and Korean were part of the collection too, perhaps a reflection of changing demographics). 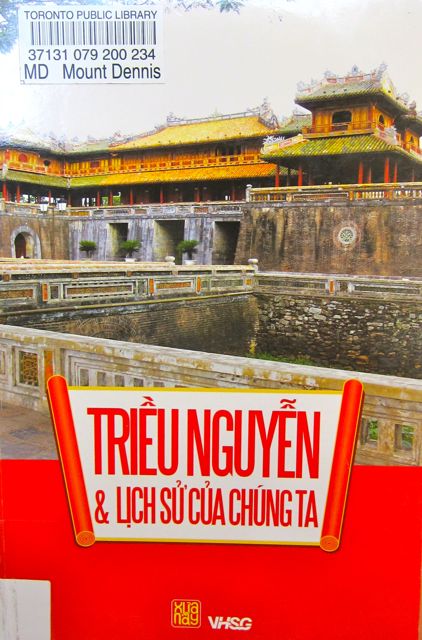 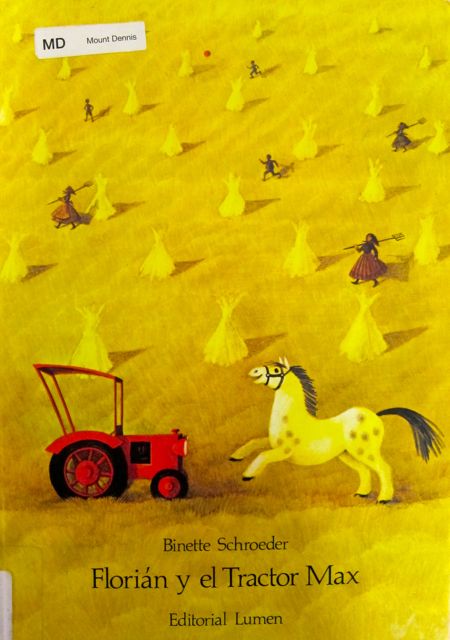 Thank you, Mount Dennis, for encouraging art, quiet reflection, Saturday French lessons, and new ways of looking at our world!