Finding a parking space on Bloor Street West near Royal York Road was challenging, but my luck changed for the better when I walked into Brentwood Library for the first time. By coincidence, that particular Saturday in 2009 just happened to be Christmas Open House day!

With an angel-topped tree, carols playing in the background, and a festive cinnamon aroma heralding the presence of hot apple cider, Brentwood created a joyful holiday welcome for its patrons. Transcending a tired attempt to go through the motions, the Open House struck me as genuinely hospitable, especially when one of the librarians stationed herself behind the cookie table to serve the cider personally. Complementing the classic Christmas scene was the 1950’s atmosphere of the branch, which the clock above the hearth exemplified.

Lest this solid 1955 building seem too stodgy at first description, its sunny attic was anything but heavy or repressive. A very calming, open space, it was the perfect home for the children’s collection. I spent a few minutes enjoying the attic’s high ceiling before I walked back downstairs and then descended one more flight.

As I approached the basement level, several murals painted on the stairway walls caught my eye. The bright colours provided a visual transition into the cozy room that housed the teen section as well as the Polish and French offerings. Selecting a French film and a quilt book, I returned to the cinnamon cheer of the main level for check-out.

Four years and one massive renovation later, I encountered Brentwood branch for the second time. Its astonishing transformation had me asking, “Brentwood, is it really you?” However, the welcoming atmosphere and uplifting attic provided reassuring links to the Brentwood of old.

A helpful staff member told me that the former attic ceiling had been salvaged and reconstructed to shelter the east side of the upper floor, further emphasizing the continuity between Brentwood’s “before and after” profile.

As an enthusiastic fan of stained glass, I found much to appreciate in the windows of the large central space upstairs. The green and blue panes overlaid the morning’s study sessions with a blanket of peace.

Post-renovation, the teen area had been promoted from the basement to a corner attic room that was perfect for communal study or private daydreaming. The purple and orange cushions lying in a patch of sunlight validated a reader’s need to flop on the floor with a book. 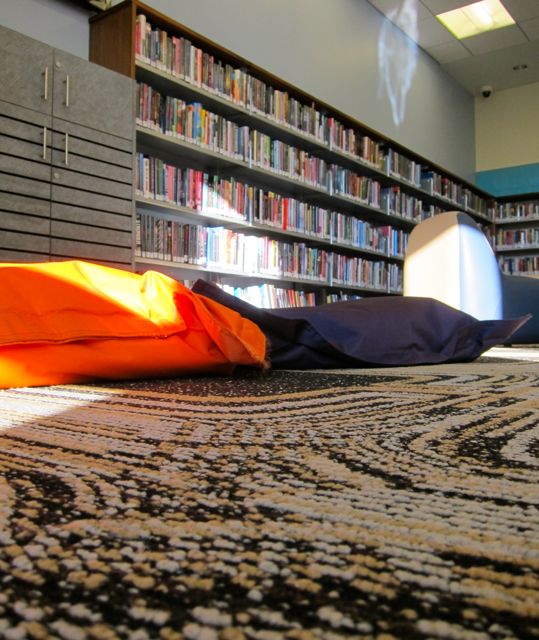 Walking down the stairs to the lower level afforded an opportunity to contemplate a majestic tree from the landing’s window and the rehabilitation of the library’s naughtiest carts (stored under the stairs near the ground level emergency exit).

Arriving on the lower level, I found the south wing to be a classy place to browse for music, read the newspaper, or marvel at an original Group of Seven painting above the hearth.

On my previous visit, the children’s section had been in the attic, but now it cheerfully inhabited the north wing of the ground level. Large letters glowed with light from tall windows and supported a phonics-inspired playground under the KidsStop logo.

Providing continuity with the upstairs decor, stained glass on the north windows promised a colorful sunbath for patrons who chose to rest on a window bench.Â  Situated slightly below sill-level, it was an inviting location to read in English, Polish, or French. 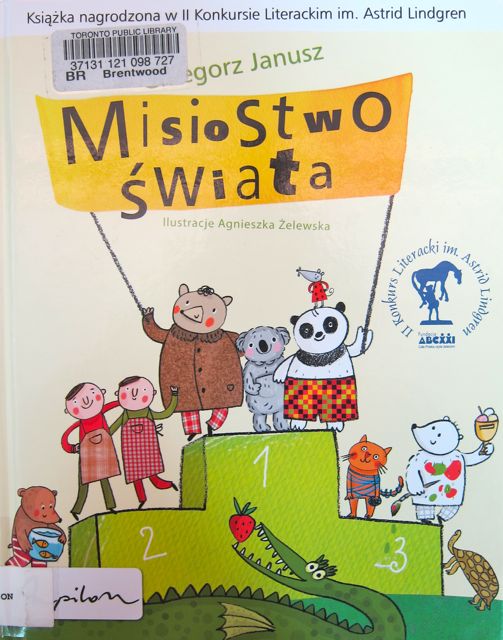 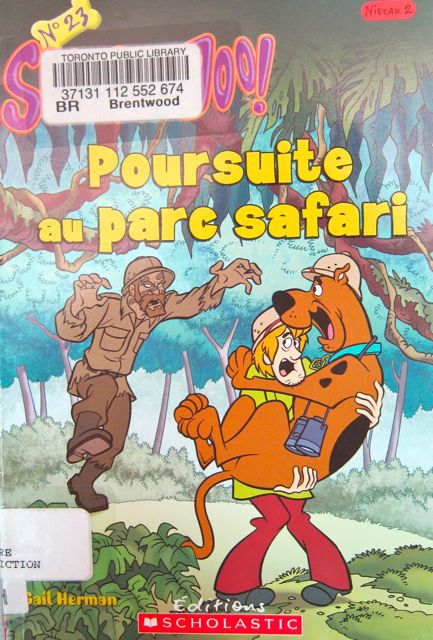 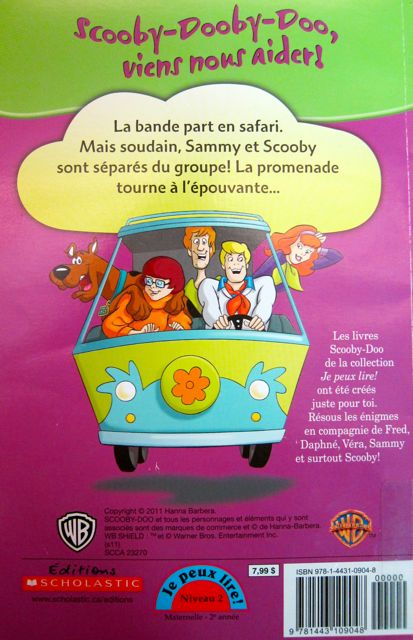 When I left Brentwood after my 2013 visit, I felt thankful for its reader-friendly furniture, gorgeous windows, soaring ceilings, and hospitable staff. Truly, this branch constitutes a civic treasure at Royal York and Bloor.