Debuting in 1913, dignified Bloor/Gladstone Library was the first Toronto library built without relying on fancy Carnegie grants. With $60,000 of city money, architects Robert Chapman and Alfred McGiffin didn’t hold back when it came to classical arches, cornices, and elegant mouldings. On my second visit in 2013, I entered Bloor/Gladstone with a sense of anticipation, adding my enthusiasm to that of a century of eager fellow patrons. I loved how the lobby was sparse and white, with nothing to distract me from the generous atrium and a host of large windows above and beyond.

To my right was a Learning Centre with a south wall that reminded me of an aquarium-themed screensaver. The blue screen’s opposite side cooled the north wall of the Children’s section, which was half a level below the lobby.

I liked how the designer of the kid’s zone had honored a reader’s need to perch and nestle. In a gap between two tall shelves was a long green cushion, perfect for sinking into a literary reverie or dialing a story. Another green cushion rested on the floor against a side wall near comprehensive windows overlooking an outdoor reading garden. Beside the cushion was a thoughtfully-placed table, so a reader could lean against the wall and place a stack of picture books or a silver thermos of hot chocolate on it. 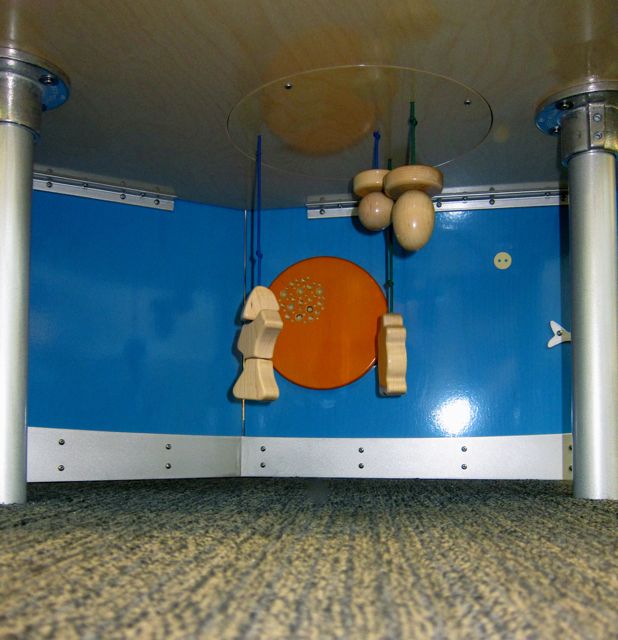 On my 2013 visit, I saw a new KidsStop wonder-wall which added considerable educational dynamism to the scene. When I sat on the floor to take some lower shots, I glanced under the table and discovered toggles that lower and raise a wooden turtle and a fish. 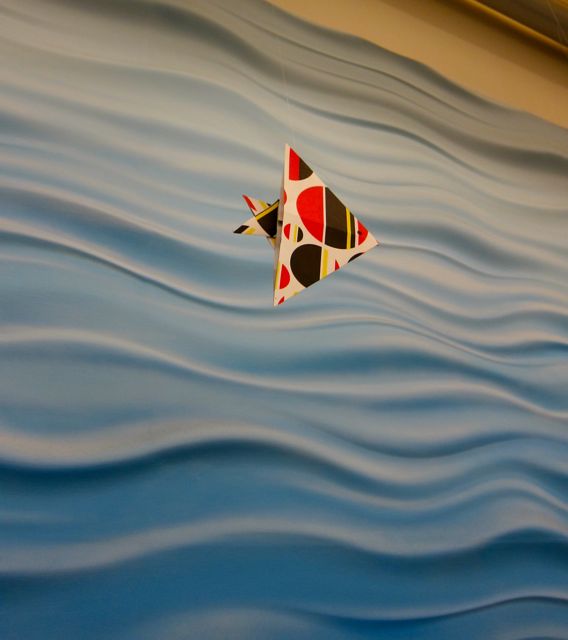 With so many aquatic images in the lower level, flying origami fish adapted to the atmosphere with ease. I also appreciated the opportunity to see where the old and new sections of the building came together in a four-square of architectural fusion.

Two flights of steps to the top level brought me to the east wing first, home of the Teens section. There, a historic stone hearth with protruding cherub heads shared a corner of the room with a big screen TV. I loved the tall arched mullioned windows whose sills were wide enough for teenagers to place their laptops on while resting their feet on a heater.

As I walked over to the middle section of the upper floor, I enjoyed looking over the atrium from above. Lining two sides of the ledge were rows of squat orange swivel chairs, decorous versions of spinning teacups at an amusement park. They even had clever side panels from which a desk could be pulled out like the trays airplane chairs provide for cups of soda and pretzel sticks.

Before I crossed over into the 2009 cube-shaped addition, I noticed a matching hearth to the one in the Teens area, complete with attendant cherubs. Many readers had gathered there, so I didn’t want to disturb them by taking a picture.

I found yet more readers in swivel chairs in the west wing, although this time they were green and placed in front of the north windows overlooking Bloor Street. The newest wing of Bloor/Gladstone also contained an impressive variety of language materials, including French, Chinese, Vietnamese, Portuguese, and Spanish. 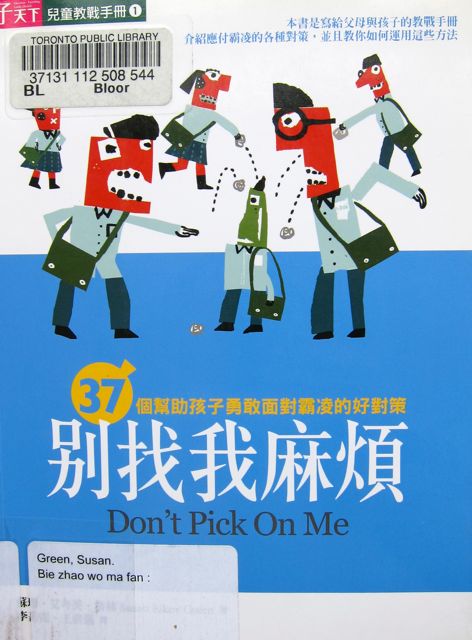 Finally, along the west wall were three engaging study rooms with green interiors and round air ducts (also painted green). I made a vow to reserve Room B one day and revel in the studious atmosphere, alive with creative possibilities.

Until we meet again, Bloor/Gladstone, please stay as elegant, dignified, and self-sufficient as you have for a solid hundred years. Thank you for representing the best of the last century and embodying the promise of the current one.

2 replies on “The Dignified Branch Formerly Known as Dovercourt: Bloor/Gladstone”

I used to live in that area and that was my library. I hadn’t been in a while but stopped in last month. Wow! What a difference! I love the new addition but I’m glad they kept some of the old look.

I never did get into this library. It was just closed when I moved next to it, and I moved away a full year before it was finished. It was a bit of a running joke to see when the new deadline for opening would be. Sounds like it was worth it.

Alas, Guelph is no Toronto.. the main branch is crowded but very functional, and the new proposed library to replace it has been put ont he chop block for now.