On a 2012 outing to Saint Lawrence Library, I found the entrance after navigating two veiled scaffolds. The labyrinthine construction path ultimately led to a cool marble sanctuary that seemed far removed from the traffic and crowds on Front Street East.

Five gray pillars on beige marble bases held up the ceiling of the library’s one long room. Four of the pillars were bare, but the fifth one was partly covered with flip-chart paper on which someone had drawn Egyptian hieroglyphics: owls, snakes, herons, and ankh symbols. (The hieroglyphics were present on my first visit in 2008 but not in 2012 or 2016).

In addition to solemn columns, Saint Lawrence offered a small collection of children’s books in French and a local history section. A framed 1867 map showed that nearby streets were present at the birth of Toronto. 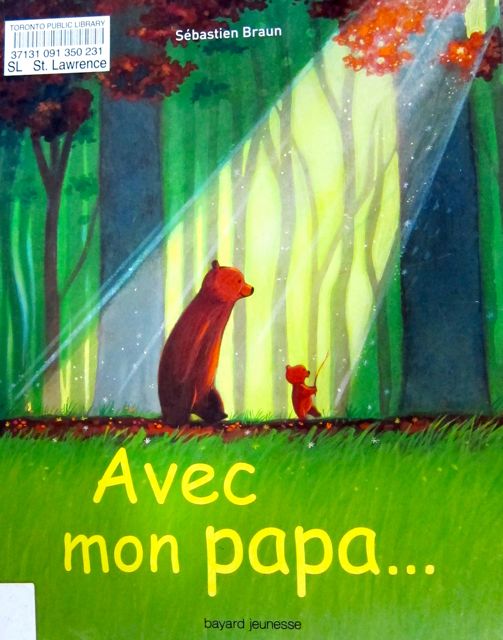 Another special feature of Saint Lawrence Library was a puppet theatre set into the wall. In 2008, paper flowers and clouds decorated the space around the square opening, along with a smiling sun and a castle (both in felt). In readiness for Jack and the Beanstalk dramas, a felt vine dangled in the air of the performance space. However, eight years later, the puppet decor was noticeably more minimalist.

Like the library’s modest size, the less ornate puppet stage of Saint Lawrence branch in no way limits the scale of its civic contribution to the people of Toronto. Thank you, Saint Lawrence, for your puppets, pillars, puzzles, and public service!