A striking building located on Lawrence Avenue East, McGregor Park Library is the second-closest library to my home. I have visited it many times as a regular patron, but in 2010 I returned to view it anew with a blogger’s eye, which is like having a large plastic eyeball on a stick to wave about in a technical manner. This approach to experiencing a library requires activation of detail-noticing antennae and the use of a small notebook. (In 2012, I supplemented my blogger’s toolkit with a digital camera).

Before I entered the building, I spent a few minutes under the “cantilevered pedestrian canopy.” I really like this syllable-rich phrase, which I found in a website devoted to the City of Toronto’s Architecture and Urban Design Awards. In 2005, McGregor Park won Honourable Mention in the category of Building in Context for helping to “heal and mend a heavily stressed swatch of suburban fabric in Scarborough.” Even though I had not realized my sample of suburban fabric was so stressed, I was nevertheless glad for the successful 2004 reconstruction project which fused McGregor Park Library to a local community centre.

Moving from canopy cover into the lobby, I studied a display case to the right of the entrance. A colourful tapestry shouted SPRING in large quilted letters, and a purple and yellow butterfly hovered near some gardening books and a purple bucket. In 2013, inventive artwork by Hunter Glen Junior School children filled the case with ecologically-themed pieces, including a necklace made from soda can tabs.

The seasonal theme continued in the children’s part of the library, where a librarian was helping a group of kids decorate small flowerpots and fill them with real soil and seeds. It was a popular activity, and some kids waited more patiently than others for their gardening materials.

One of the participants even went so far as to abandon the gardening group altogether in favour of running and dancing on the wide window bench that wrapped itself around half of the large room. When I saw the windowseat, I understood the child’s choice. After all, the urge to jump on the bench was not a reflection of the merits of the flowerpot activity but rather a testimony to the irresistible appeal of high wooden expanses.

The adult library patrons lacked flowerpots, but they were equally happy to be in the library. Every last chair was spoken for, and many of the softer ones had been pulled up to the sunny window bench for optimal reading conditions.

The community room was also full on the day of my 2010 visit. A film was in progress there as a supplement to the afternoon’s program: “The Aftermath of the Philippine Elections: Fiesta or Blues.” The Filipino connection to the local demographic was also reflected in the multilingual section, which offered Taglog as well as Tamil and Chinese. 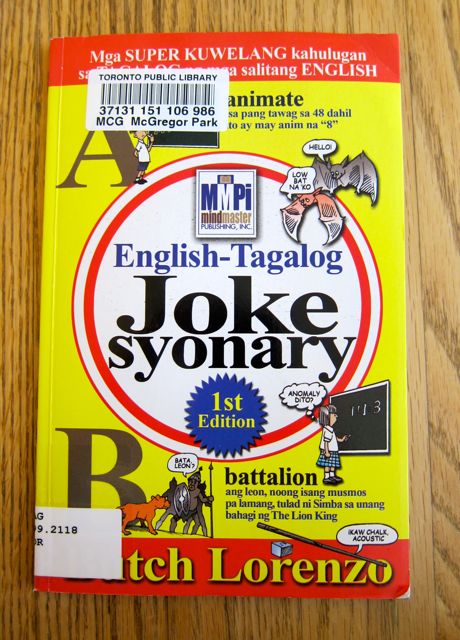 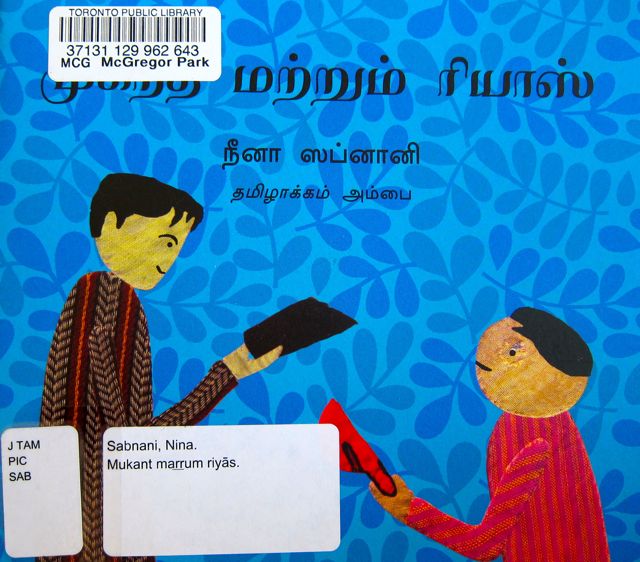 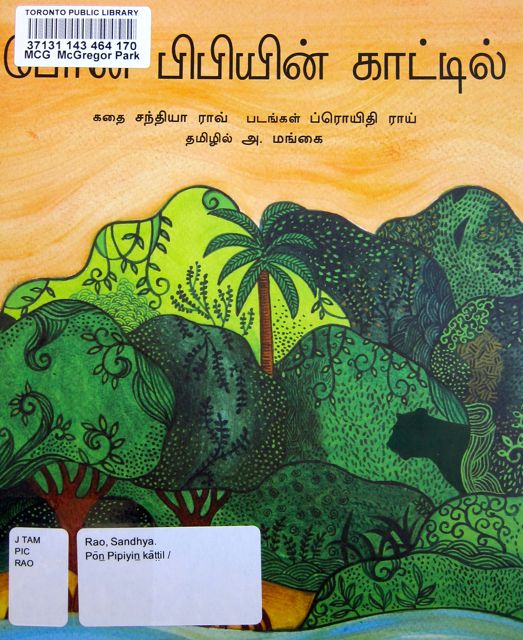 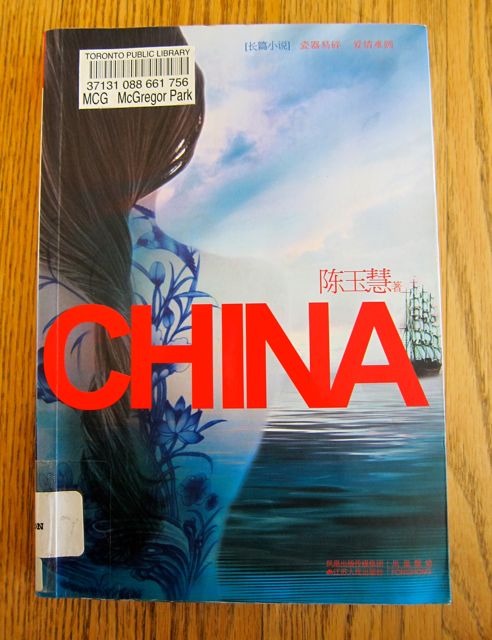 After studying the beautiful scripts on the multilingual shelves, I looked up at the ceiling. I liked how it was higher and wider on the west side of the building, taking advantage of all the light pouring in from the walls of windows.

The overhead space narrowed and lowered on the east side, sheltering the bookcases and tables there. The effect of the tapered ceiling was like being in the back of a scholarly cave, away from the wide sunny mouth of the opening. (For better or worse, this is the kind of analogy that flourishes under the blogger’s eye treatment).

As I advanced to the exit after my detail-finding mission, I silently thanked McGregor Park for its provision of shelter, seeds, sunlight, and ecological awareness.

3 replies on “McGregor Park Gets the Blogger’s Eye Treatment”

you totally made that bit up about the eyeball on a stick.

I took pedestrian as neutral, but I suppose it could be read as insulting.