My seventieth Toronto Public Library was Elmbrook Park, the most westerly of all the branches. A modern building on the edge of a small neighbourhood park, Elmbrook Park library was blessed with sunlight that filled the interior.

The light illuminated an arresting picture window behind the checkout desk. Its glass was divided into six panes, with each one representing an imaginary world to which books transport us.

As I looked from right to left on the top half of the window, I saw a purple dragon with fire-breath so fierce it crossed into the next panel, a castle, and some Egyptian stick-figures milling around a giant tree near a pyramid.

Continuing counterclockwise, the lower panel contained a pirate ship, an island studded with palm trees, and some stick cavemen menaced by a pterodactyl and a dinosaur that said “Roarr!” Sensibly, the prehistoric stick-men stayed in their cave, which was decorated with dynamic hunting scenes.

The entire west side of Elmbrook Park library was devoted to making young readers feel welcome, as evidenced by a basket of crayons on a table and stuffed animals on a variety of surfaces. On my first visit in 2009, I observed a comfortable chair that supported a cuddly bear in a red flannel bow-tie, a mama hippo with two babies attached to her side, a floppy frog, and a bunny in pink pajamas. A green triceratops had been flung horn-first onto a low table but appeared to be in good spirits.

Sitting on top of a shelf was a stuffed felt bean about the size of a large mango, from which sprouted, well, sprouts in light and dark green. A Jack doll was hanging like Tarzan from one of these vine-like sprouts.

Near the bean stood a mustachioed giant flanked by two women. I assumed one of the female dolls was Jack’s mother, but I wasn’t sure about the other one. Was she the giant’s wife? A social worker concerned that Jack’s family wasn’t stable? I looked around for the cow and some gold coins, but they were gone, presumably bartered for food in these tough economic times.

I liked how Elmbrook Park celebrated creativity by displaying children’s bookmark designs that had won a contest. My favourite one encouraged all of us to “Read to your shoe” (by 8 year-old Grand Award Winner, Annika Quinn, Danforth/Coxwell Branch). Also, a towering collection of box lofts showcased the crafting skills of library staff.

Sunshine, zany paper condos, dinosaurs, and pirates were joined by lively books in French and Chinese, further enhancing the inviting atmosphere of this library on the municipal edge. 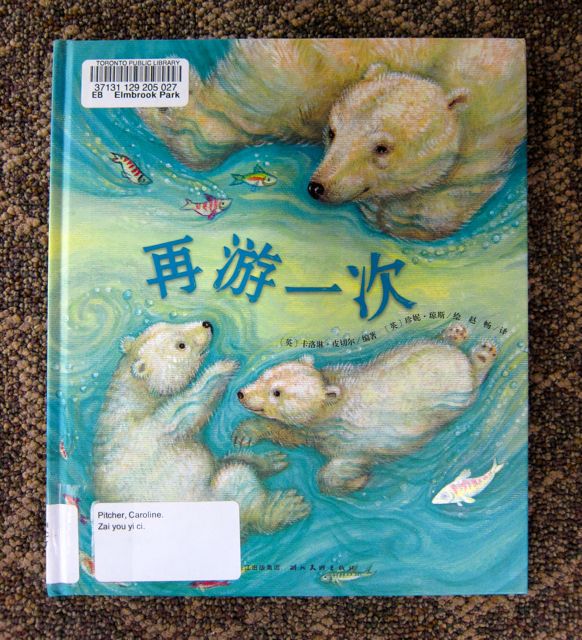 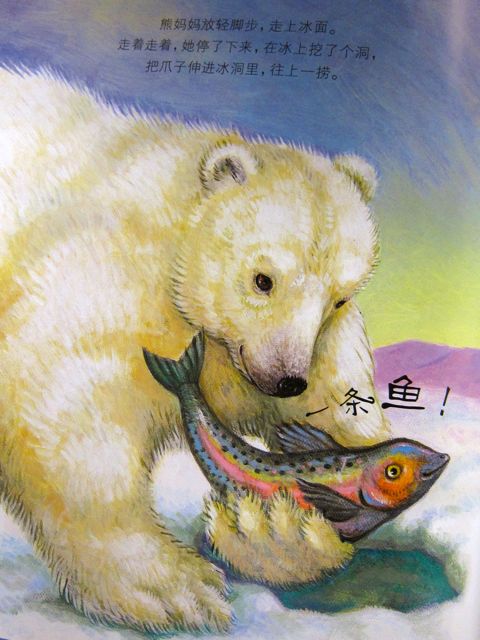