Residing in the thick of urban bustle, Maria A. Shchuka Library’s tall windows offered views of the swirl of traffic at the intersection of Eglinton Avenue West and Northcliffe Boulevard. From a continuous bench that hugged the west and north walls, readers could browse the newspaper as transient groups of bus passengers and pedestrians passed them a few feet away on the sidewalk.

Wanting to see how far the bench extended, I left my armchair to survey the entire ground level. In the northwest corner was an imaginative children’s area with unconventional furniture. The small tables were neither round nor square; instead, they resembled sunny-side up amoebas.

At floor level, I admired the lowest bookshelves I had ever seen. They actually looked more like cubbyholes than shelves, as they were cleverly tucked under the window bench on the west wall. This thoughtful arrangement placed small picture books within easy reach of Maria Shchuka’s youngest patrons.

Much less accessible was a rattle-tailed dragon with a peekaboo mirror on one foot and a flower pocket on the other. Custom-made to fit in the pocket, a soft daisy dangled from the dragon by a braid. Although this plush creature had wings, its legs were shackled by clear plastic restraints that were bolted to the top of a free-standing bookshelf.

Feeling sorry for the dragon’s restriction to a shelf, I walked up to the second floor. The shades had been drawn against the late afternoon sun, so everything looked more silvery than downstairs.

Computers lined two sides of a small atrium, making it difficult to peer all the way down into the reception area below. I wondered if bored patrons ever felt tempted to fly paper airplanes into this indoor canyon.

Though Maria A. Shchuka stopped being Head Librarian in 1996, she might have shooed potential plane-launchers into the spacious Quiet Study Area or the Learning Centre for a meditative time out. 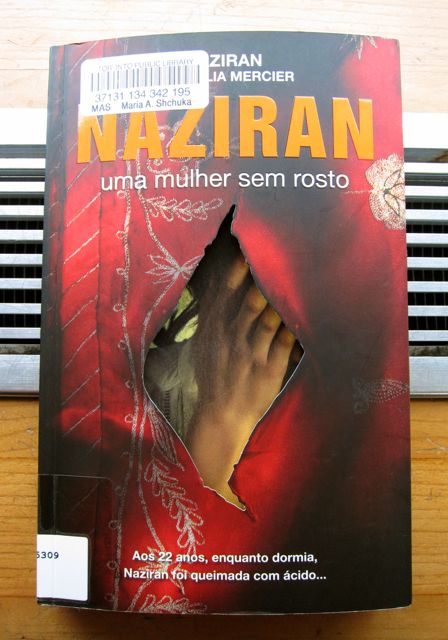 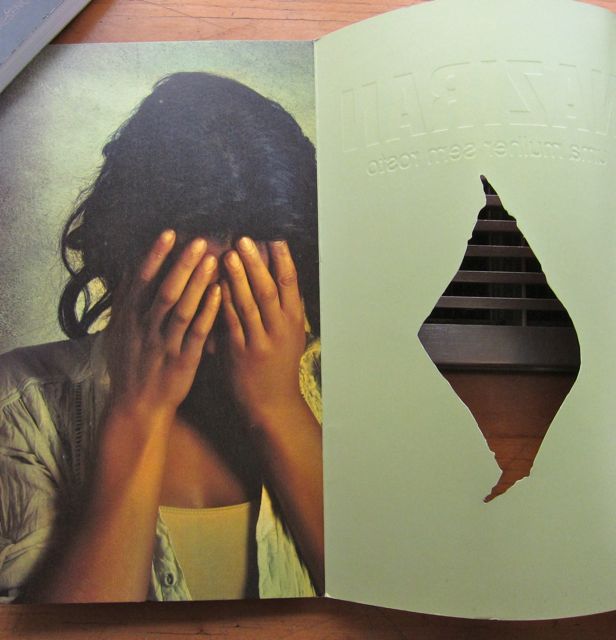 However, with so much to study at this branch — the Rita Cox Black and Caribbean Heritage Collection plus books in Italian, Chinese, Turkish, Portuguese, Tagalog, Spanish, Russian, and Vietnamese — who could complain that boredom had driven them to lob paper missiles over the atrium? 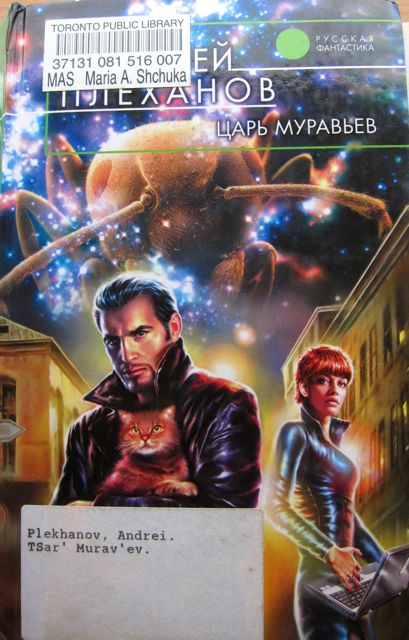 Thanks for another gem!

You’re most welcome! Glad you enjoyed it, Anuradha!