In 2007, I wrote about Deer Park for the first time, describing it as the branch where I received my first Toronto Public Library card only two days after immigrating to Canada. In the intervening years, I had visited Deer Park so frequently that I had stopped noticing its distinctive features. In 2012, I decided to look at it with fresh eyes, as if seeing it for the first time.

At the centre of Deer Park Library was a large checkout station surrounded on all sides by sections of shelving. Starting at the south wall and circling the desk counterclockwise, I walked through a sunny reading area with windows overlooking Saint Clair Avenue. On that busy afternoon, several patrons had drawn chairs right up to the window and propped their feet on the heater covers. A nearby bamboo plant provided calming vibes.

As I passed through aisles of fiction, I rounded the east wall and discovered a Local History Collection that I hadn’t noticed before. Crouching in front of the shelves, a few titles jumped out at me: Mount Pleasant Cemetery – An Illustrated Guide, Opportunity Road: Yonge Street 1860-1939, and A Short History of the Deer Park Branch Library: 1911-1952 The Store-front Years. The latter was a bound handwritten manuscript by Joan C. Kinsella. A Short History described how Deer Park Library was initially nomadic, moving from one rented storefront to another until finally coming to rest at the current building in 1952.

Progressing through the north side of the library, what came into view were rows of non-fiction (including a full ESL collection), DVD’s and videos, the French section, reading tables, study carrels, and computer terminals. 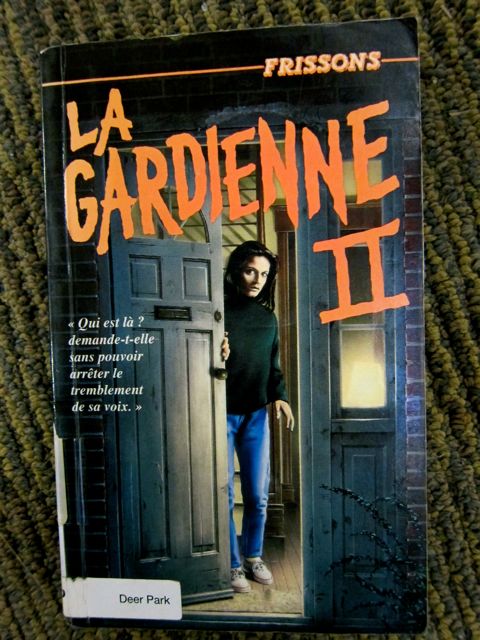 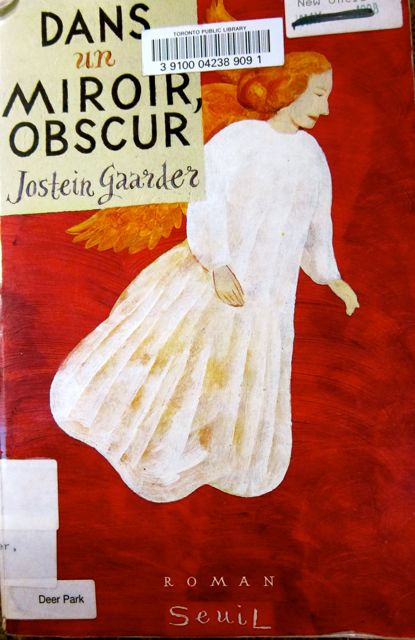 The west side contained the children’s section, which had a low wall separating it from the main entryway. On a previous visit, I had seen an exhausted man asleep on the red reclining chair beside the low wall, but the recliner was empty in 2012.

On top of a long shelf near the recliner rested a dragon. What I liked about this dragon was that it appeared to be made by hand. The dragon-crafter had utilized material from old backpacks or raincoats to fashion a fearsome creature with red and purple horns.

The shelf closer to the window supported an even quirkier decoration: an oatmeal-coloured woolen castle! Created by April Quan in 2000, the castle complex had a green felt base and some fuzzy trees surrounding it.

To the right of the entrance, a yellow-green dragon was sewn to the wall. The portcullis was a quarter of the way down, and the main doors were partly open, the silver ring handles waiting for a servant to pull them shut at sundown. Meanwhile, a princess stood in the castle entrance to watch a developing conflict between the dragon and a knight in a purple cape.

I couldn’t tell what materials comprised the underlying structure of the castle, but I was really taken by the fact that all the walls and turrets were covered in wool. (Beware invading knights on saddled moths!)

One squat turret hosted a wizard in a high window, while a couple of the taller turrets had princesses in them. As an alternative to the crenelated parapets, some of the towers were topped with red roofs in the shape of upside-down cones. The circular courtyard was empty but seemed an ideal venue for a stately feast.

My day brightened by a serious library with a knitted castle, I put my notes away and mentally thanked Deer Park for providing my first TPL library card as well as for entertaining me with two kinds of dragons and an owl flying out of a turret.

I can just imagine the exchange in the castle under siege:

KING: How hold the defences, captain?
CAPTAIN: All’s well, my liege. The battlements will hold unless AAAIIEEE THE MOTH BEASTS!!!!!

(I’ve been reading too much Perry Bible Fellowship. I know)

(and you could always link to the previous post)