Upon first glimpse of Richview Library, I noticed stone benches among the greenery and and some tiled columns near the entrance. While the tall trees outside grew damper and damper, library patrons kept pouring into Richview branch. The long straight lines of the interior design provided contrast to the soggy swirl of rain outside. 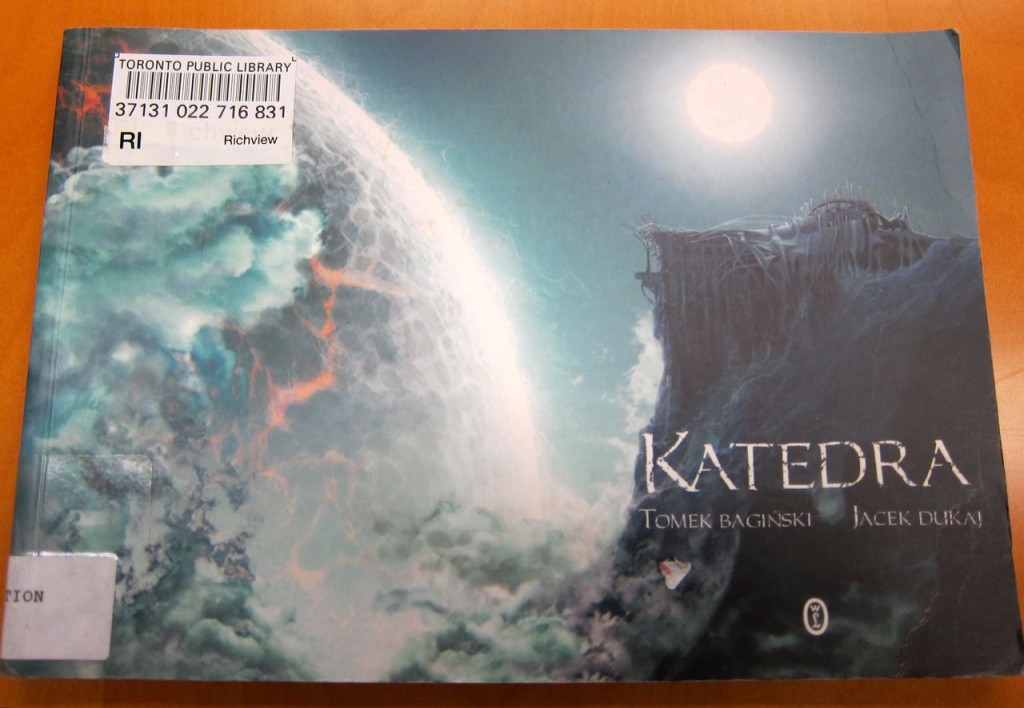 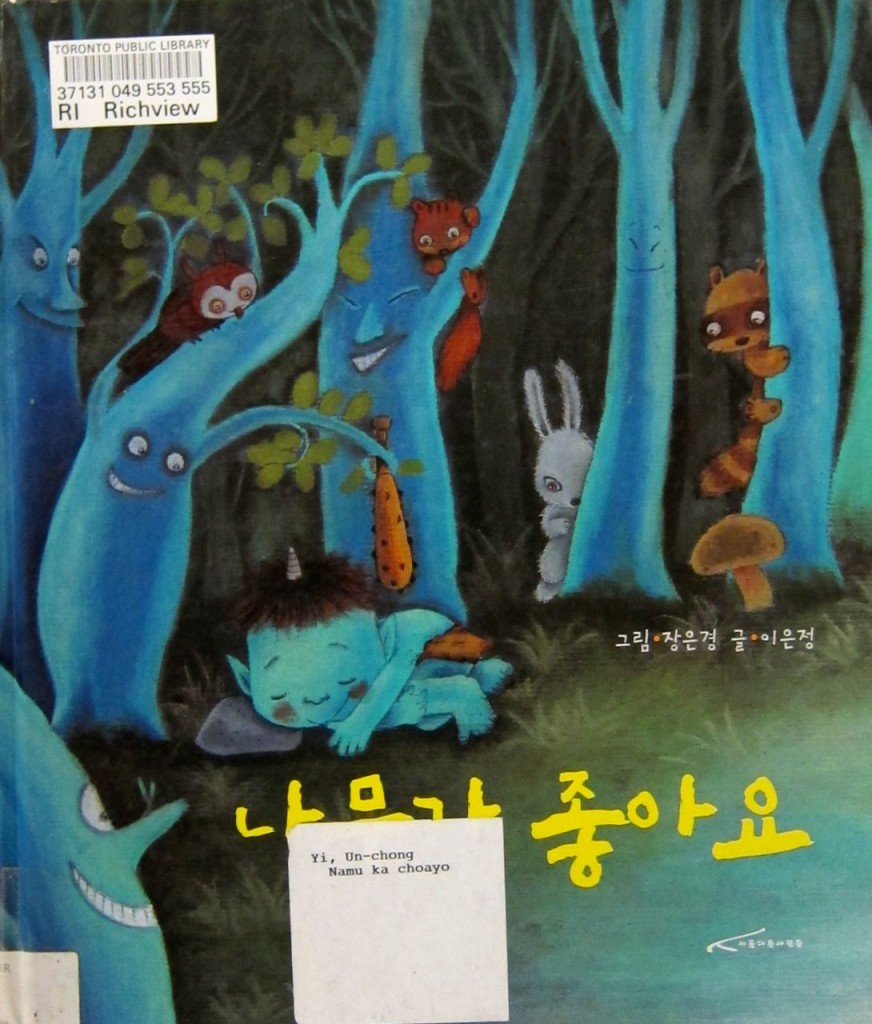 On the main level, earnest study groups had taken ownership of the big tables, loading them down with heavy textbooks. The students conversed in many different languages, reflecting the diversity of the Islington and Eglinton area. Fortunately, Richview’s multilingual resources were large and varied, with French, Polish, Korean, Italian, and Chinese most heavily represented. There was even a Chinese “Best Bets” shelf, something I hadn’t seen before at other branches. Urdu, Ukrainian, Spanish, Russian, and Croatian were also contenders, accompanied by a huge ESL section. 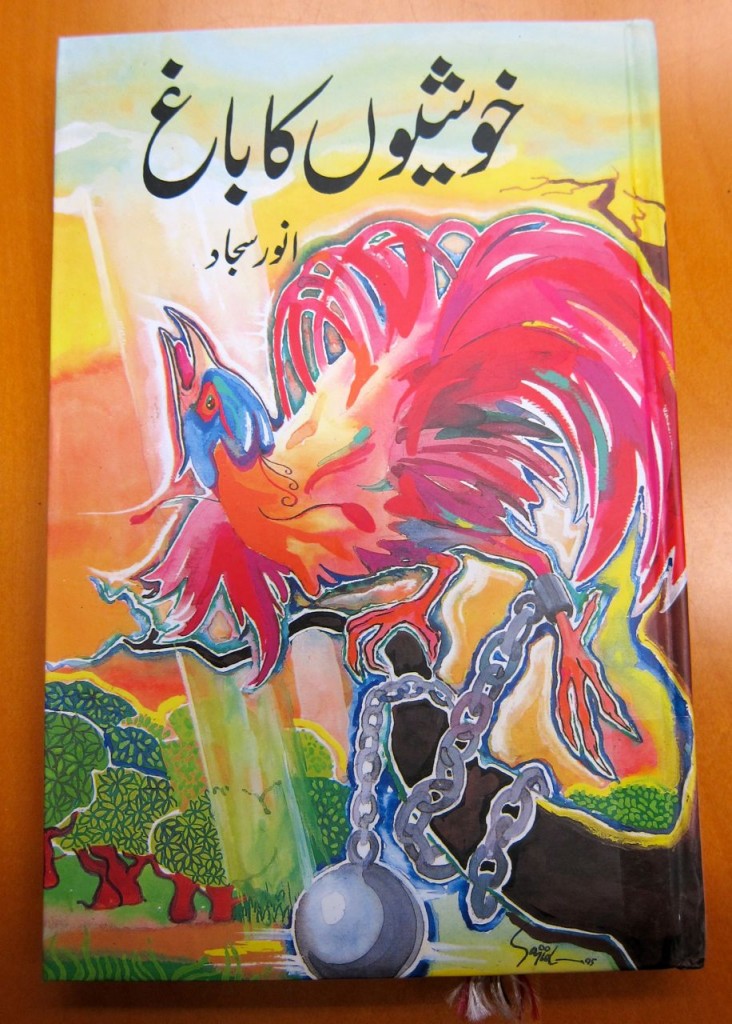 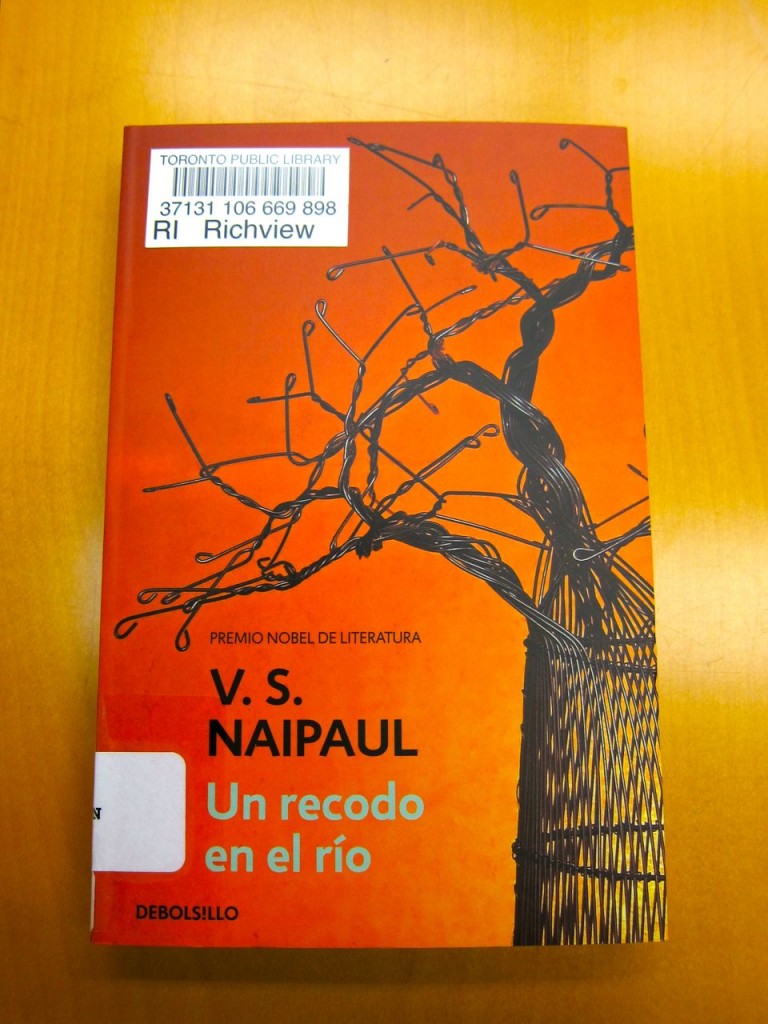 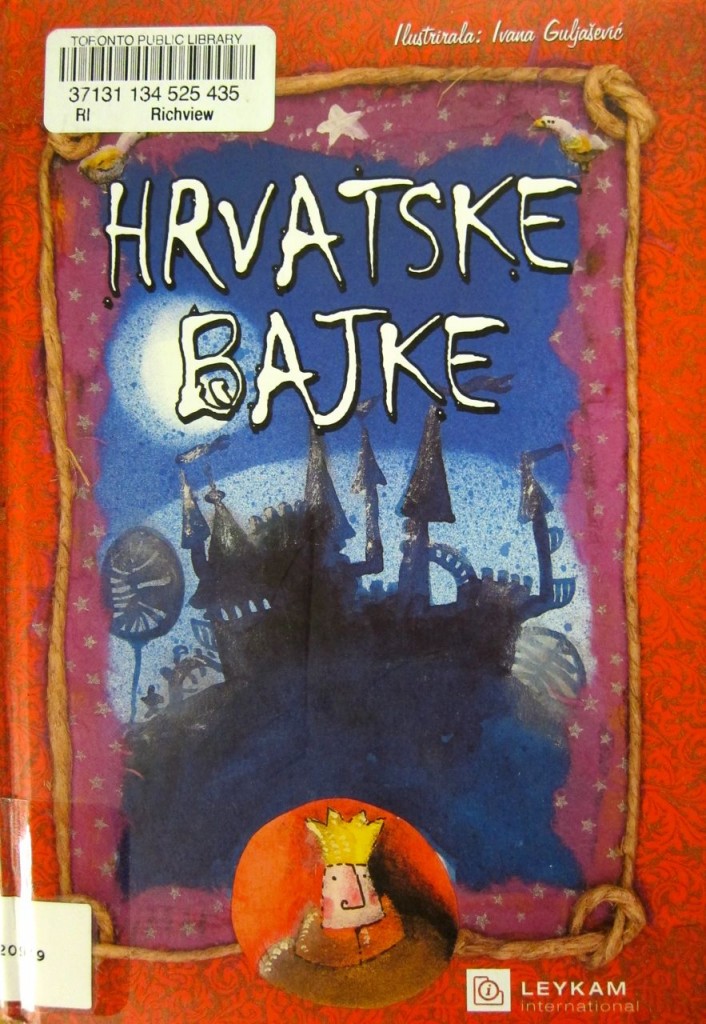 Not to be outdone by so much linguistic abundance, the Romance collection was burgeoning with charming cads and swooning heroines. My two favourite titles were Sheikh Boss, Hot Desert Nights and The Tycoon’s Very Personal Assistant. (I imagined imperilled paperweights and coffee mugs soon to be swept from the tycoon’s desktop).

None of the romance novels had “Local History Room” in their titles, and the no-nonsense research room upstairs seemed to confirm an unromantic vibe. However, a self-portrait by Norval Morrisseau beside the Local History Room’s door really enlivened this quiet corner of the library. I was fascinated by the red circles connected by dark lines to Morrisseau’s shoulders and a multicoloured hat.

The upstairs level also contained an art gallery lined with low wooden benches. Most of the exhibited paintings were the work of artist Wain Fun Ku, a man who had returned to his passion thirty years after leaving art school. (Richview’s gallery has even more layers of significance for me now because it was the site of my first public art exhibit, Maps of Loss: Rivers, Ruins, and Grief).

Near the gallery was a large computer lab next to an enclosed Quiet Study Area (both completely full on my 2009 visit). I felt uplifted by Ku’s story as well as by the concentrated Saturday studiousness in the three rooms. The gallery, lab, and study area all embodied the hard work, the hours devoted, the incremental steps taken towards fulfilling cherished personal dreams.

Taking leave of the inspiring scene upstairs, I took the elevator down two levels and emerged into a spacious lobby where a row of empty trolleys waited to be filled with books for re-shelving. The hallway leading to the Children’s Department had a row of small desks lining one wall, creating a Quiet Study Area for this floor as well.

The main room of the Children’s section was a lovely wooden den of a place with some bricks for extra sturdiness. An alcove devoted to picture books and two red sofas contributed to the warm atmosphere, but the best detail of all was a carpeted amphitheatre in a corner. Perfect for storytelling performances, three tiers of steps provided the audience with carpeted perches. From Rome to Richview is not so far, especially when we have libraries to transport us through the vehicle of stories!

In 2012, I returned to Richview Library to take some photographs and discovered a very different branch thanks to a 2010 renovation that brightened the main level considerably.

The 2012 visit yielded another new discovery, a blissful expanse of sun-drenched windowsills on the second floor. Even though a patron blocked my view of the sill at first, I really liked how he rested his newspaper in a pool of sunlight as he read from a standing position, converting this warm ledge into a desk.

When I concluded my second trip to Richview, I left the branch with even more admiration for its artistic encouragement, adaptability, and most of all its rich new perspectives! 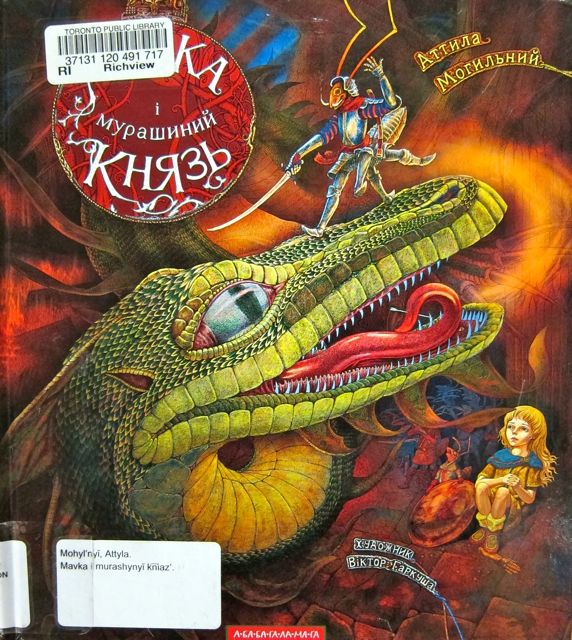 Thank you for spotting this spelling mistake. I’ll fix it soon.