My husband Stewart was with me when I first visited York Woods Library, the 75th branch on my quest. When he saw the thick exposed concrete of the interior, he said, “This Brutalist style reminds me of my local library in Scotland in the 1970’s.”

Brutalism was new to me, but research confirmed that York Woods, which was built in 1970, possessed Brutalist functional concrete blockiness in spades. (Apparently, Prince Charles is a prominent opponent of Brutalism, so if he ever wants to join the 100-branch club, he’ll need to be sedated before visiting this branch in northwest Toronto).

Behind the wide checkout desk opposite the entrance was a sign that invited everyone to “Enjoy Cricket, Lovely Cricket with The York Woods Library.” In fact, we had just seen a lively informal game in progress in the parking lot, with a tennis ball standing in for a cricket ball.

The community-friendly vibe was consistent throughout the building’s interior as well, from the large variety of languages available on second floor (including Urdu, Spanish, Hindi, Tamil, Polish, and Somali among others) to the Learning Centre’s computer lab and the Rita Cox Black and Caribbean Heritage Collection. 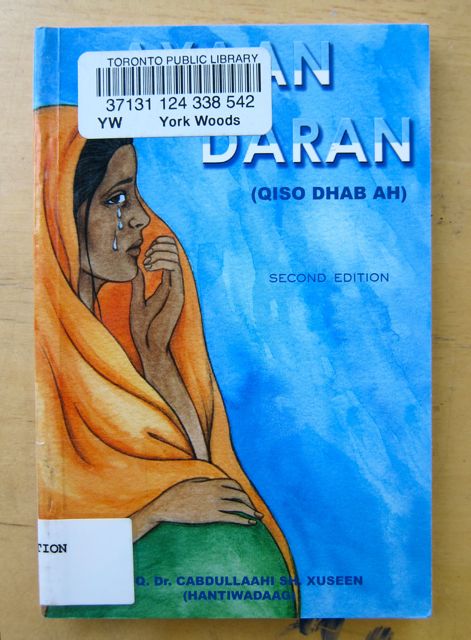 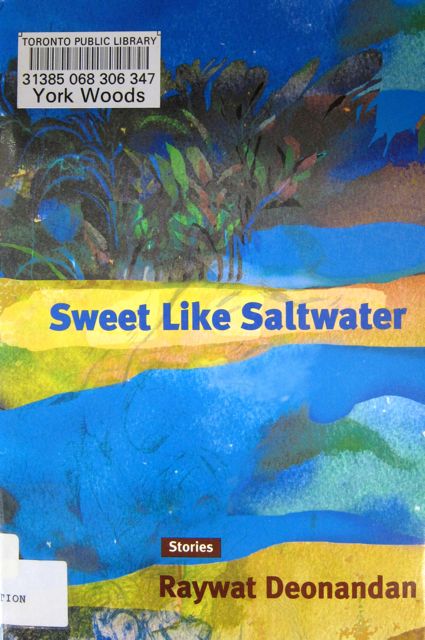 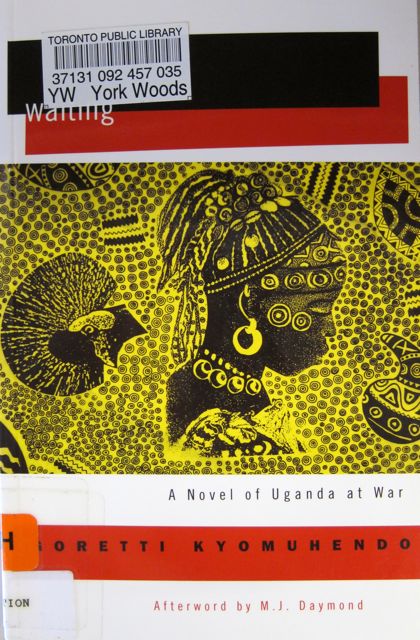 Near the Leading to Reading Office on the main floor was a Victory over Violence Exhibit. Posters and large freestanding displays defined passive violence, verbal abuse, oppression, and social apathy. I was especially struck by Martin Luther King Junior’s quotation: “Our lives begin to end the day we become silent about things that matter.”

Promoting early reading skills is clearly something that matters to the Toronto Public Library, as evidenced by the large children’s section at York Woods branch. This department contained a Children’s West Indian and Black Heritage Collection as well as materials reflecting the linguistic diversity of the neighbourhood.

Walking from the northeast section of the main floor to the south wing, I enjoyed the spaciousness and sense of ease afforded by such a large library building.

Attracted by the tall windows on the south wall, my curiosity was rewarded by the site of the most artistic picnic table I’d ever seen resting on a rectangle of concrete.

Later, I went to look at the table more closely and discovered its creators were local artists who belong to the Jane and Finch West-Side Arts Hub.

Uplifted by the inspiring quotations on the outdoor table, I ended my first visit to York Woods by going back upstairs to fetch Stewart, who was patiently reading in an armchair with a view of a community garden and a Baptist church.

Thank you, York Woods, for your picnic table, your strong concrete lines, and for your generous open spaces. These clearings offer us chances to breathe, think, and dream in our crowded city, blessing us with calm.

Thanks. Enjoyed once again. Also learned a new concept in architecture – brutalist. 🙂

That was a new one for me, too! Thank you so much for the comment, Anuradha!