On my way to see a friend’s exhibit on Queen Street West one winter evening in 2008, a blue and white TPL sign stopped me in my tracks. Not wanting to waste a library-visit opportunity, I took a quick art detour to Parkdale Library, which was the 45th branch on my pilgrimage. (Four years after this evening visit, I returned to the site with my camera).

To walk into a warm library on a cold night is very comforting, like visiting a favourite aunt after a neighborhood snowball fight. She naturally offers you hot chocolate and fusses over how chilled you are.

Hot chocolate wasn’t available at Parkdale, but its main level had a vibrant mural that nourished the eyes with colourful shapes. Though the shapes were abstract, I could still identify a whale, a cow, a bird, and some eggs. (I liked how the clock seemed more egg-like than most clocks because of its proximity to the mural eggs).

On the west side of the library, I saw a homework room, two quiet study rooms, and a community outreach office. In this office, a staff member was talking to numerous clients in a friendly, respectful manner.

Along the south wall and part of the east wall were books in Vietnamese, Polish, Gujurati, French, Russian, Spanish, and Chinese. (On my 2012 visit, I saw Tibetan and Tamil books but not Russian ones). 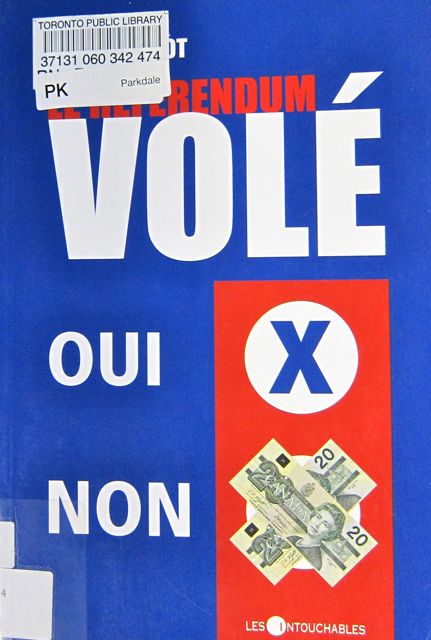 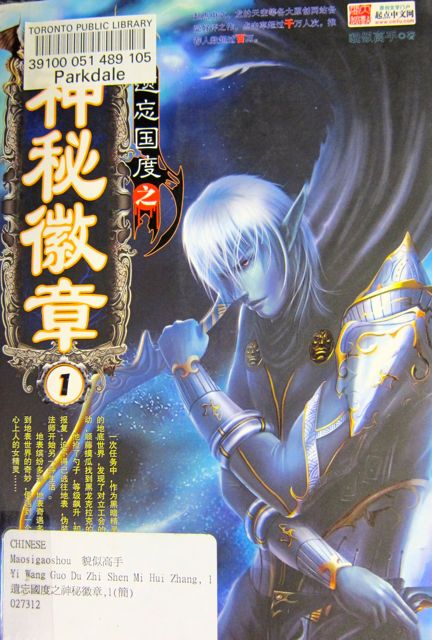 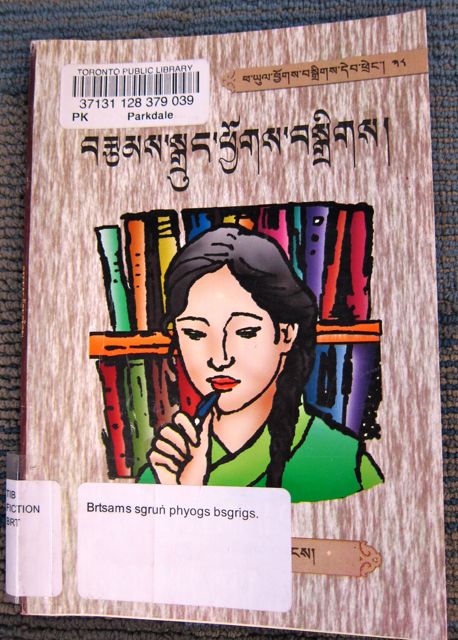 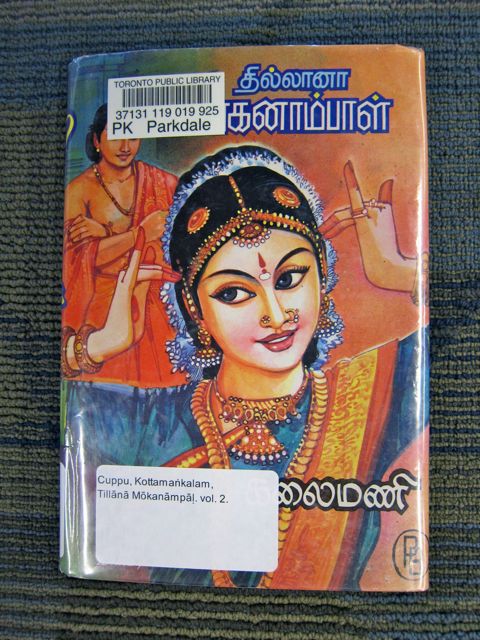 I was impressed by the variety of activity at Parkdale Library. For example, I observed a computer class in progress, three men discussing social issues at a study table, and all of the children’s computers in use. The homework room hosted two families studying intently, and one student was camped out near a potted palm in an armchair, his books, notebooks, and backpack strewn about comfortably. With so much light and energy inside, the room was a haven in contrast to the cold and darkness outside I experienced on my initial visit to Parkdale.

As I exited the library after my second trip, I noticed an art-gate that had escaped my attention previously (even when I passed it on the way to a Gaga Dance program earlier in 2012). A companion piece to the globe sculpture outside, it was decorated with eight red book spines that bore an unfortunate resemblance to dynamite. The books represented eight countries: Sweden, Russia, France, Slovak, Spain (with the “s” scraped off by a vandal), Italy, Germany, and Poland.

Thinking I had finished my blog work, I started walking east along Queen Street West. I had tucked my camera away too soon, though, for a mural by Maureen Walton next to the library building immediately captivated me. It was the perfect visual to summarize a morning immersed in the dynamic urban creativity of Parkdale!

5 replies on “Evening and Morning at Parkdale Library (1964)”

you continue to inspire the world with your adventurous and inquisitive accounts of your library tours! merci bella!

hello my library visiting friend – how are you? i miss you!

This is the library I go to. It’s always hustling with lots of different characters … I love it!

As usual your writings, enhanced with your wonderfully shot pictures, are a pleasure to read. I have been a regular patron, in every neighbourhood I have lived, since I came to Canada 30 years back. Enjoy the ambiance in addition to books, but your library accounts and pictures have made me appreciate libraries even more.

Especially your photos as they add an unusual angle and dimension to the different spaces you capture – hard for me to express in words – but your shots are beautiful, couldn’t be better.

Anuradha, I am thrilled that my posts have enhanced your already heightened appreciation of libraries. Your feedback on the photographs is so encouraging and I really appreciate it. Thank you SO much!