For Riverdale Library’s 100th Birthday Party, two rosy bouquets greeted the crowds who streamed into the recently renovated branch. While a large audience was gathering around a portable podium, regular library-users were weaving through clusters of listeners and dodging photographers in their struggle to reach the shelves and relocated check-out desk. (The old desk had been moved to the opposite wall, creating space for a larger computer lab and reading lounge). 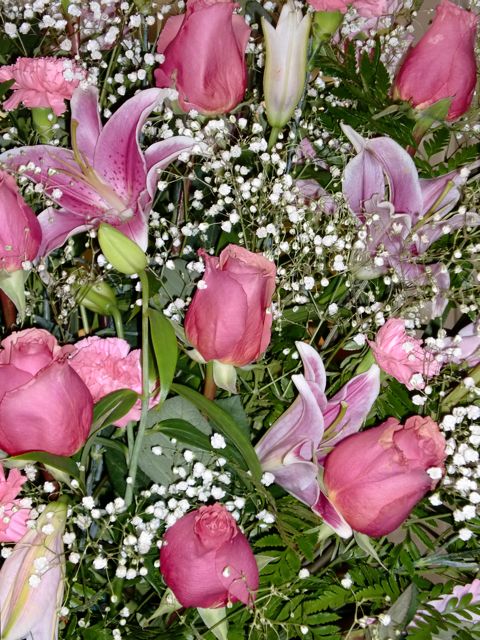 I soon drifted away from the lengthy speeches to check out other changes Riverdale Library had undergone since my last visit in June. In my travels, I noticed that the entrance to the Children’s Section was more colourful, thanks to a new sign supported by two columns constructed from enormous building blocks. Also, a new set of red tables showed evidence of learning engagement, and shiny purple shelves provided incentive to investigate the books resting upon them. 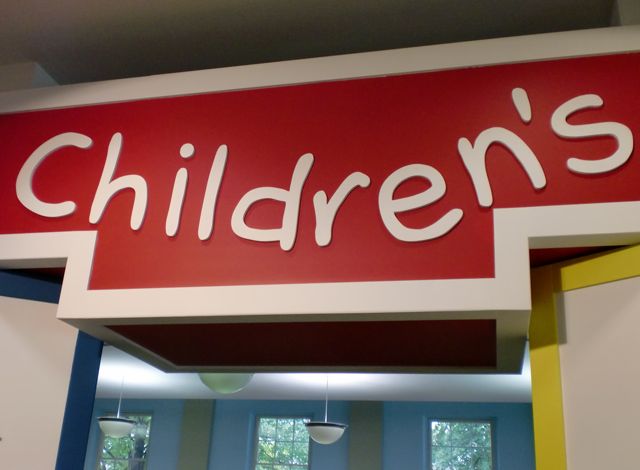 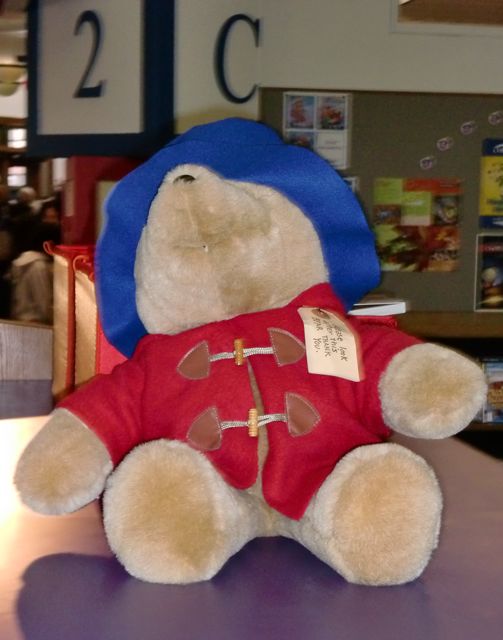 Following up on my previous account of Paddington Bear’s condition, I can report that he has been released from his taped-up high chair. At the Birthday Party, he was reclining in luxurious freedom on top of a purple shelf. He also appeared to have been freshly laundered. On the shelf to the bear’s left was a lion who looked equally comfortable. He was well-positioned to see the readers on the window-seat as well as the street scene beyond. 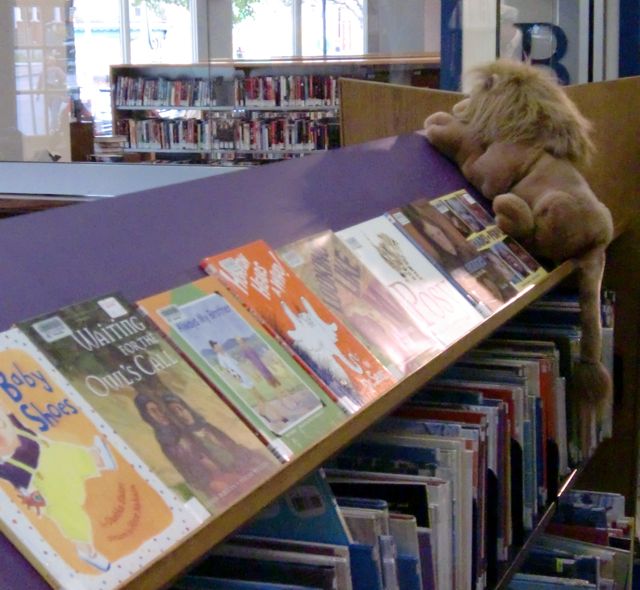 The tree that had once sat gathering dust in the program room with a “Do Not Move” sign on it (which I had mistakenly thought said, “Do Not Remove”) was on display near the window-seat in the Children’s Room. Having sprouted new green leaves, it looked refreshed. 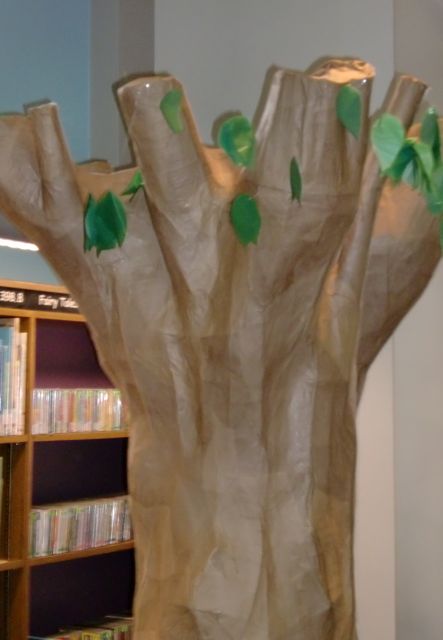 With impeccable timing, I returned to the main part of the library just as refreshments were being served in the community room. As I waited in line, everybody started singing, “Happy Birthday, Dear Riverdale” to the spirit of the branch. Once I reached the buffet table, I became more enveloped in the friendly chaos of the crowd. Folks were sitting, standing, pushing forward, retreating, and searching for missing implements to their meal. I handed a fork to a man who’d missed his chance to grab one and marveled at the pig’s head resting inside a platter with chunks of pork. A patron standing across from me commented: “That’s a vegetarian’s nightmare!” 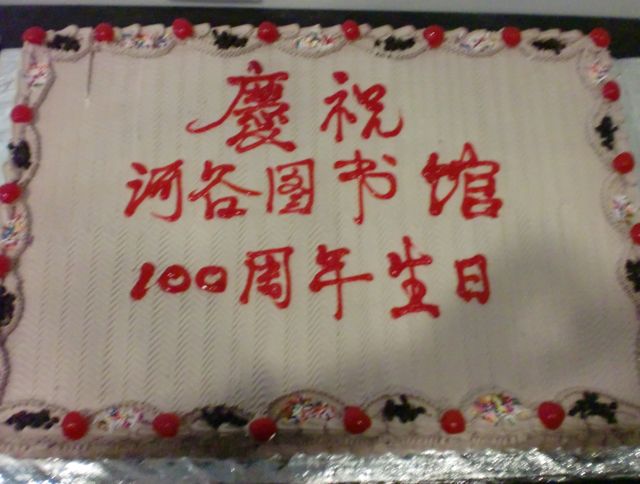 Veering around groups of eaters who impeded the progress of in-coming revelers, I reached the drinks table. City Librarian, Jane Pyper was standing beside jugs of ice water, handing out cups to the guests. I complimented her on the renovation, and she said how pleased she was with it, especially with how the building was more open to the street now. She wished me luck as I set off to photograph the cakes. 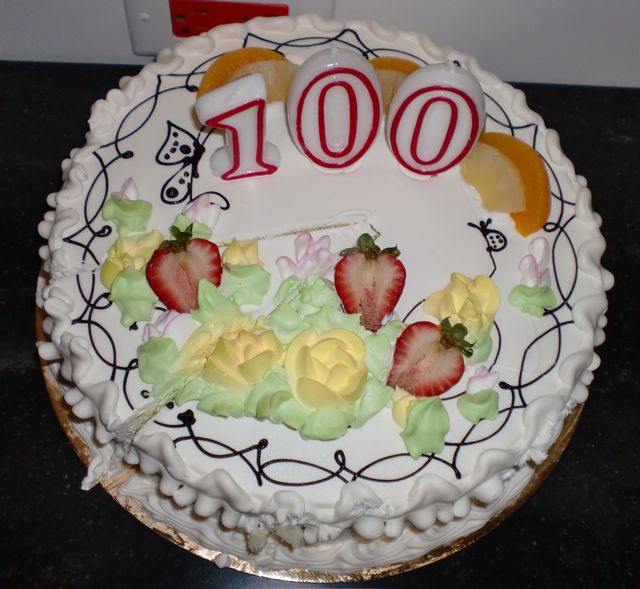 After taking a few more pictures, I left the community room and made for the exit. It made me smile to see patrons leaning against CD carrels and bookshelves with plates of noodles, pork, and cake. Riverdale Library, thank you for celebrating your 100th Birthday with such style and spirit! It was an honour to be part of your special day.

I wonder why the ‘A’ on the letter block is reversed?