Not far from the shores of Lake Simcoe, there’s a town where you can visit a small community library or make a banjo from a gourd. 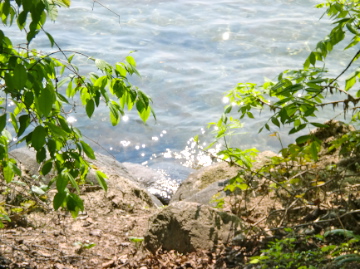 Last Tuesday I accompanied Stewart to Churchill (near Innisfil), where he was attending a banjo-making workshop run by Jeff Menzies. While Stewart was busy in Jeff’s studio, I spent the morning beside the lake and the afternoon at the Churchill branch of Innisfil Public Library. 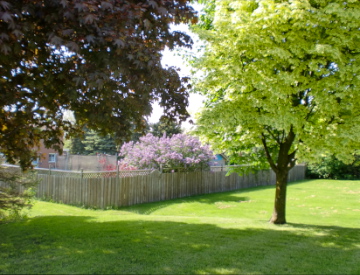 One of four branches of the Innisfil Public Library system, Churchill’s small size, leafy setting, and friendly staff reminded me of the library in the small town where I grew up in the Midwest. And just as my mother used to take my brother and I on weekly library visits, several Churchill moms brought their kids to the local branch on that Tuesday afternoon. One mother-daughter pair arrived with bicycle helmets and awesome summer reading habits, for the mom talked her child into hurrying with the words: “Come on! We’ll be back tomorrow!” 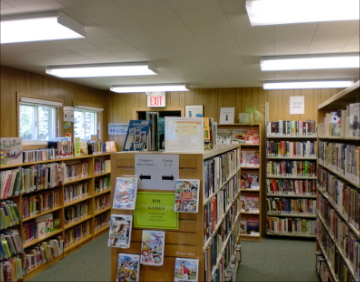 I could see why Churchill patrons would want to be regulars at such a welcoming branch. The librarian had reading suggestions for the parents and stickers for the kids, all of whom she knew by name. In addition to a row of three computers with Internet access, there was a nook reserved for children who wanted to play computer games. 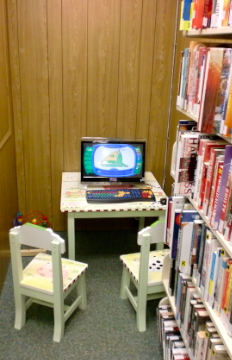 With limited space upstairs, the basement was devoted to children’s programs. The librarian told me it was a “work in progress,” but I liked the lower level’s simplicity. It resembled the Baptist church basements of my childhood where I ate potluck suppers on metal chairs and sang about Zacchaeus in a Sycamore Tree and Jesus having the Whole World in His Hands. 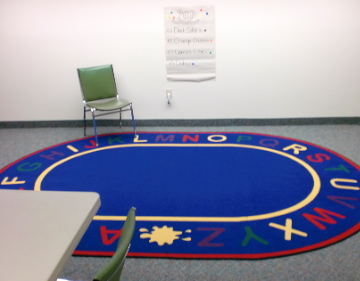 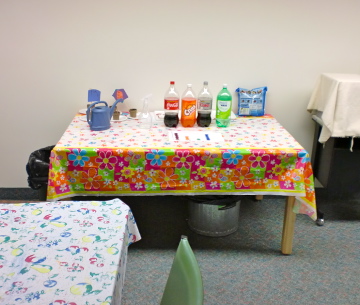 I returned to the main floor to see if there was a French or multilingual collection. Although I didn’t find any foreign language offerings, I did notice a feature that the Toronto Public Library system lacks: a Reacher. 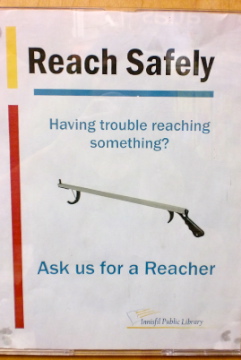 In the Romance section, I further noticed a certain Lord Lightning. This rakish character needed no Reacher to gain access to an alluring shoulder (unlike his less sexy peers, Lord Smog Advisory or Lord Drizzle). 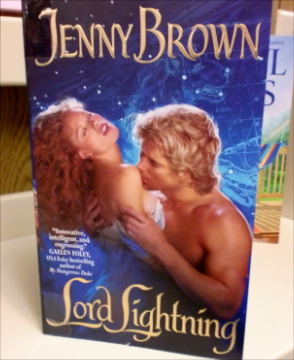 I wish to extend my thanks to Lord Lightning and the staff at Churchill branch for making my afternoon in their lakeside community so enjoyable!