A number of years have passed since I last visited Burrows Hall, but Confucius and the Stone Lions have held steady in my absence. Impervious to the seasons, they serve the Chinese Cultural Centre’s courtyard with distinction.

When I walked into the one-room library to west of the courtyard, I was pleased to see the dragon tapestry that I remembered from a previous visit. Presiding over the multilingual collection on the south wall, the sheer size and ferocity of the creature impressed me.

The ceiling in the dragon’s section of the library was much higher than the other half of the room, and I loved how the high north-facing windows revealed a blue Scarborough sky. With architecture that accentuated a view like this, it came as no surprise when I later learned that Burrows Hall had won an Ontario Library Association Building Award in 1999.

Turning my focus from the ceiling to the floor, I also admired the carpet with its abstract cinnamon rolls in a sea of lentils. (Or could they be bulls-eye targets embedded in lite-brite?)

On the other side of the branch, two besotted toy mandrills sat on a shelf in the Children’s Section. With eyes only for each other, they were oblivious to the nearby Reading Hut and the Saturday afternoon crowd.

On the day of my visit, Burrows Hall was so hopping busy that I had to orbit the room a couple of times before I could find space at a table. Then I settled down to take pictures of books from the multilingual collection, which included Chinese, Hindi, French, Tamil, and Urdu. 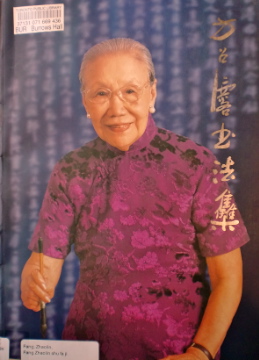 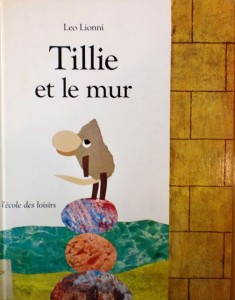 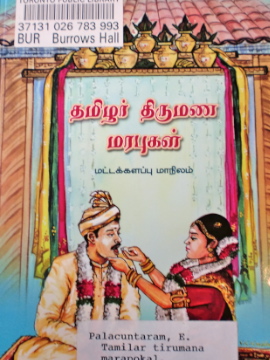 The temporary challenge of finding a seat did not detract from the pleasure of visiting Burrows Hall. In fact, experiencing such a fully engaged facility made me enjoy it all the more. With Confucius’ statue only a few steps away, it seemed fitting that Burrows Hall had attracted patrons who preferred to spend their Saturday learning at a library instead of reclining on their sofas in front of a TV.

And I think that it is a clever notion (and a survivalist inclination) to combine libraries with community centers. Have you visited the new Plaza Library in KC? Very friendly! And the parking garage for the Downtown KC Library has hit some websites as a brilliantly decorated building.

Glad you liked “Tilly et le mur.” You won’t be surprised to hear that she triumphs! I haven’t visited the new Plaza Library. Would love to. I used to go to the Downtown KC library a lot when I lived in KC from 1995-1996 and worked at UMKC.

I’m happy (and Confucius is happy) that you liked the picture.

Listened to the song. Stomping fun! That town could be Liberty. Do you know where it was filmed?

Just curious to know whether this centre is funded by the China government’s Confucian Institute? While I personally subscribe to Confucius’s philosophy and outlook in life, I think most folks (especially Chinese) find him irrelevant today.