To reach Saint Clair/Silverthorn, I travelled to Saint Clair West subway station and caught the westbound 512 bus. Then I rode along Saint Clair West until I heard the automated announcement for Silverthorn. Familiar blue TPL lettering on a white sign soon caught my eye, making feel at home in a neighbourhood that was unknown.

Similar to Mount Pleasant, Saint Lawrence, and Kennedy/Eglinton branches, Saint Clair/Silverthorn occupied a storefront building, Consisting of one large room, it had a friendly scholastic atmosphere that seemed to say, “Come on in and do your homework!”

Apart from the pretty fern pattern on the carpet and a window bench, the library’s interior decor was somewhat bland, especially compared to the previous branch I had visited, Wychwood Library. However, on my second visit, I noticed a fine specimen of a pumpkin and ghoulish characters strung on fishing line that enlivened the atmosphere.

Saint Clair/Silverthorn’s energy increased dramatically when a kindergarten class from across the street arrived for a program. As the group assembled near the entrance, a child belted out a happy greeting to the pumpkin by just hollering, “PUMPKIN!”

The uncarved Jack-o’-lantern was in better shape than some unfortunate Halloween creatures who had fallen behind the bench that doubled as a low bookcase and perch to watch passing streetcars. From the rusty vent below, a ghost cried out for help.

On the opposite end of the library from the hapless ghost, three shelves were reserved for the ESL collection. As part of the collection, ESL kits, abridged readers, and TOEFL study guides hung from two silver rods by the handles of tough plastic bags.

Four other shelves showed off an impressive selection of graphic novels, and nearby were lots of romance novels and books in Portuguese. 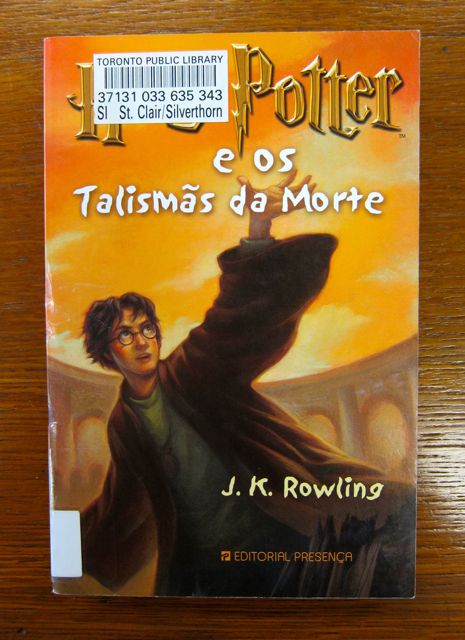 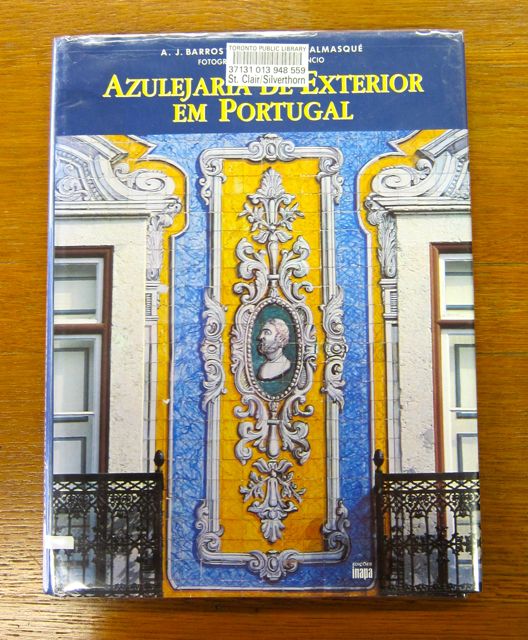 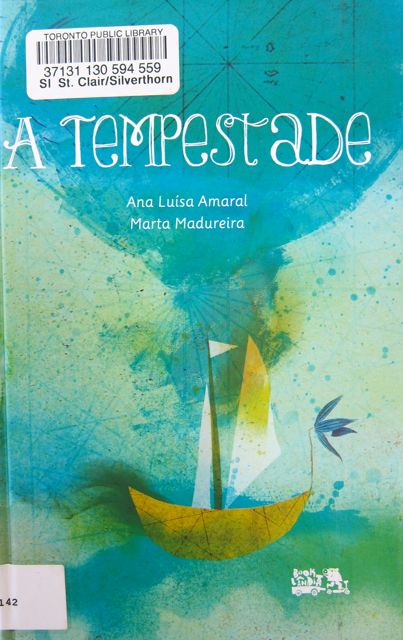 Two titles from the Romance collection stood out: “Three Brides for Three Bad Boys” and “Wrangling the Redhead.” Even though I wanted to wrangle the editor who had approved such a sexist titles, I was nevertheless grateful to Saint Clair/Silverthorn for its welcoming atmosphere, wooden window-bench, and Halloween whimsy.

A photography visit in 2015 increased my gratitude to the library, for it provided the visual gift of two storefront displays that celebrated Black History Month and Chinese New Year. Thank you, Saint Clair/Silverthorn for rounding out the seasons with your commitment to community education!